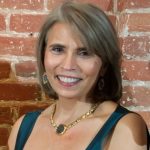 Jane Scaccetti is the CEO of Drucker & Scaccetti, P.C. (D&S), an accounting and tax advising firm headquartered in Philadelphia. For over 25 years, D&S has provided specialized financial consulting services to entrepreneurs as well as private and public corporations and family-owned businesses. The firm refers to its team members as Tax Warriors, emphasizing their discipline, tactical prowess, and passion for vigorously defending clients’ wealth and assets. A preeminent figure in her field, Jane is an accomplished executive, CPA, and community leader. She was the first woman to tax partner of any Big Eight firm in Philadelphia, and has sat on the boards and audit committees of organizations and businesses such as Temple University (where she also taught as a professor), Salus University, Penn National Gaming, Mathematica Policy Research, and The Pep Boys. She is also an influential member of Philadelphia’s 2016 DNC Host Committee and current host of Money Matters TV. Her numerous honors include the Take the Lead Award from the Girl Scouts of Eastern PA (2016), the Temple University Hospital Diamond Award (2014), the Philadelphia Business Journal Outstanding Directors Award (2013), and the PA Best 50 Women in Business Award (2006). Jane Scaccetti spoke with Don Foster, Chair of Offit Kurman’s Commercial Litigation Practice Group, for this interview. https://youtu.be/yb55hSko-Fs DON FOSTER: Before you co-founded Drucker & Scaccetti, you were a partner at Laventhol & Horwath. What led you to start your own firm? JANE SCACCETTI: During 1990, Laventhol & Horwath was the largest CPA firm in the city of Philadelphia. The CPA firms at that time were the Big Eight, not the Big Four; it was before there were a lot of mergers—may have been one merger, which would have taken it down to seven. Laventhol was still a national firm, but its influence in Philadelphia was massive because it had such a large presence and its national office is located here. So, when Laventhol closed its doors in 1990—very similar to Arthur Anderson, for different reasons, but similar in the sense that this large institution was here one day and gone the next—the impact on the city was tremendous. Leading up to that, my business partner, Ron Drucker, was someone who had headed the tax department in the Philadelphia office of Laventhol & Horwath. He had moved on to be the chair of the family-owned business national office for Laventhol. Ron and I met, and he said, “You know, I think the firm may not make it.” It’s the kind of thing where I think, maybe because I was younger, I really wanted to believe that the patient would live. I kept saying, “Come on, Ron, no.” I remember his comment. He said, “You know who my best friend in the firm is.” His best friend was the treasurer. So I thought about that, and I realized if the treasurer doesn’t think we’re going to make it… We decided that if the firm would implode, and that wasn’t a given—there was a lot of talk of the ten largest offices staying intact, the six largest offices working out some kind of arrangement with the bank on the debt—would there be an opportunity to continue as Laventhol & Horwath, but just on a much-much smaller scale? We decided that if there were any opportunities to do that as one firm, we would be loyal, we would stay, we would be part of that group. But, if the firm imploded, we thought that there may be an opportunity to start a very different kind of accounting firm: an accounting firm that didn’t do attest functions, which are the audits and reviews, but a firm that really did treat tax. We say now that tax is a business strategy, but it really was: it was to treat tax as the core of many, many business decisions that businesspeople make, and give it its due as opposed to just having it be something that we accept, or something that you have an audit and somebody does the tax return for you. So, when the firm did close its doors, we formed Drucker & Scaccetti with seven people. That was in November. We asked our clients to prepay their tax fee to us at the same rate as the year before, and to pay it earlier than maybe April or May when we would have been finished with their tax returns. Without debt, on the backs of our clients, on the belief that they had in us, we started Drucker & Scaccetti, and we just celebrated our 25th year. Now, we have 74 people and they’ve built quite a presence especially in the area of taxation, and business advising, and family businesses, and entrepreneurship, but it all started with the Laventhols and, I think, something that was so negative at that time. It’s very, very difficult to go through something like that. The day the firm closed, there were many partners that were having surgeries—open heart surgery—and the firm was self-insured for insurance. Pensions were lost. We had reduction in our pay. We lost our capital accounts. We lost a lot of deferred comp. You were out. It’s a terrible feeling because you just don’t know what tomorrow will bring, and we just had a little bit of an entrepreneurial spirit to say, “let’s try something.” And I was cocky enough at that time to think that, if it didn’t work, I could go get a job somewhere else. We had job offers from the national firms—Arthur Anderson, PWC. A couple of the firms had reached out to us. Anderson had an office, and we just decided we wanted to try this.

Offit Kurman is one of the fastest-growing, full-service law firms in the Mid-Atlantic region. With 120 attorneys offering a comprehensive range of services in virtually every legal category, the firm is well positioned to meet the needs of dynamic businesses and the people who own and operate them. Our eight offices serve individual and corporate clients in the Maryland, Delaware, New Jersey, and Northern Virginia markets, as well as the Washington DC, Baltimore, Philadelphia, and New York City metropolitan areas. At Offit Kurman, we are our clients’ most trusted legal advisors, professionals who help maximize and protect business value and personal wealth. In every interaction, we consistently maintain our clients’ confidence by remaining focused on furthering their objectives and achieving their goals in an efficient manner. Trust, knowledge, confidence—in a partner, that’s perfect. You can connect with Offit Kurman via ourBlog, Facebook, Twitter, Google+, YouTube, and LinkedIn pages.  You can also sign up to received Law Matters, Offit Kurman’s monthly newsletter covering a diverse selection of legal and corporate thought leadership content.