Every Tuesday from 6–7pm, Baltimore’s CBS Sports Radio airs AHA! Business Radio, a show produced by Allan Hirsh Advisors. Hosted by the eponymous Allan Hirsh, AHA! Business Radio offers expert advice to business leaders and features interviews with visionary regional executives, founders, entrepreneurs, innovators, and changemakers. The show’s January 26, 2016 broadcast was a conversation with none other than Offit Kurman co-founder Howard Kurman. As former chair of the firm’s employment law practice group, Mr. Kurman not only knows what it takes to successfully build and grow a business, but has spent his career representing, advising, and negotiating on behalf of employers large and small. 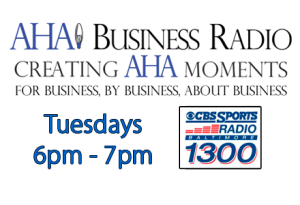 Over the course of an hour, Mr. Kurman and Mr. Hirsh discussed topics such as unions, the EEOC, social media, and other recent trends and legal developments that employers should be aware of. If you missed the episode or would like to read the transcript, we are pleased to present Howard’s interview, in six parts. This interview has been edited and condensed for clarity.

ALLAN HIRSH: This is a question that I ask every guest: What motivates you to get up in the morning and go to work?

HOWARD KURMAN: I’ve been doing the same thing since 1975. I’ve been practicing law in a variety of contexts, both as an in-house lawyer at the Baltimore Sun during the 1980s and in private practice since 1989 with people that I have known for many, many years, and actually went to school with. What motivates me is the ability and opportunity to interact with people in my firm, with clients, and with people in the profession. It’s a very energetic and, I think, fulfilling profession—even today, which is very challenging—but it’s still fun for me. That’s what I do in the morning and that’s what I do during the day.

Having just talked to you very briefly before your appearance, it sounds like there is a passion that you have for what you do.

I agree with you. Something I talk to my clients about is the ability to really understand why you do things, and hopefully you do it because there’s a passion in what you do. You mentioned you got started in 1975 out of a law school, working for the Baltimore Sun—was that not your first job?

That was not my first job.

So how did you get started in law and then become an expert in employment law?

Labor relations and employment issues were something I was always interested in, even in college. I was an economics major, but had courses in labor economics. Then, in law school, I took courses in labor law and employment law. When I came out of law school, I worked for a small practitioner, and we did representation of a labor union, so I was on the other side of the table for a while. And then I went to work at Sinai Hospital in 1978, as a director of labor relations and sort of in-house counsel. In 1981, I went to work at the Baltimore Sun as in-house labor counsel, where I was responsible for negotiating collective bargaining agreements, handling union employment matters, and all kinds of corporate and employment litigation. I did that for eight years and then decided that it was time to go back to private practice.

I hate to bring this up, but was that during the time when the Sun papers had that major strike?

I remember that because an owner of another local newspaper has the same name as I, and I kept getting middle of the night phone calls from people that wanted to place ads in his paper.

Yeah, it was when the newspaper industry was quite different than it is today. Unfortunately I think the publishing industry is nowhere near where it was then. We had a week strike—one week, seven-day strike in 1987—and as I said, I left to actually help form a firm that had begun two years earlier, and the rest is history as they say.

So it was in 1989 that you joined and were one of the founders of Offit Kurman.

I know that some things are changing in Employment Law right now. Let’s first talk about the Labor Relations Board—some of the changes that employers should know about that they need to understand of what has changed in the last year.

To answer your question, let me try and give you some context—probably political context—because I think it’s important to know that, under the Obama administration, which obviously now is in its last year, we’ve had a situation where many of the governmental agencies have spent an inordinate amount of attention, in my opinion, on those issues in a way that would be most favorable to employees and labor unions. So, whether that’s the National Labor Relations Board, whether it’s the Equal Employment Opportunity Commission, whether it’s the Department of Labor, you find that most of those administrative agencies—not necessarily the courts, but the administrative agencies—certainly have a pro-employee and pro-union bent to them. As a consequence, it makes it more difficult for business people and business owners to get by and handle employment issues. Specifically, with regard to your question about the National Labor Relations Board: it’s a five person board. It has been controlled by three Democrats as opposed to two Republicans, so you have most of the decisions that have been made under the Obama administration lately being very pro-employee and very pro-union. One of the things that has happened is that the National Labor Relations Board in the last year has enforced and established so-called “quickie election rules.” When a union seeks to organize, rather than it taking four or five weeks between the filing of a representation petition and the time an election is held, the time now is about 23 or 24 days. Obviously, from an employer’s standpoint, the longer it has to campaign against the union, the better the chance it has of defeating the union. Now, with the quickie election rules in effect, employers need to be much more proactive. Those employers that are nonunion have to be much more proactive in making sure that their managers and supervisors can recognize the signs of a potential union on the offing, because if a union files a petition, they’re only going to have about three weeks between the filing of a petition and the time the election is held, which doesn’t give you a lot of time as an employer to really defeat a union campaign.