February 1, 2016|Tom Pitegoff|Comments Off on What’s an FPR? 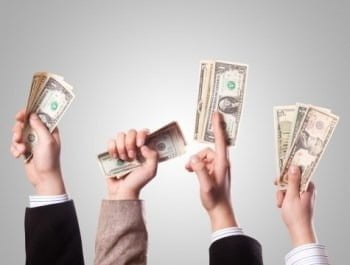 Every franchise buyer wants to know how much money he or she can make from the franchised business.  Franchise sellers naturally want to answer that question in order to make the sale.  But many say that they cannot give figures to prospective franchisees, and they suggest that the prospects talk to other franchisees whose contact information is typically listed in an exhibit to the franchise disclosure document (FDD).

The fact is that franchise sellers may indeed provide information regarding earnings, but only if the franchisor discloses “financial performance representations” (or FPRs) in Item 19 of the FDD.  If no FPRs appear in Item 19, then the seller must say nothing about prospective sales or earnings.  To do so would violate the Federal Trade Commission’s Franchise Rule and potentially give rise to liability under Section 5 of the FTC Act as false or deceptive advertising.  This requirement applies to franchise brokers as well as franchisors.

The term “financial performance representations” includes essentially any indication of “a specific level or range of actual or potential sales, income, gross profits, or net profits.”  Item 19 may state (using the required language) that the franchisor does not provide any financial performance representation.  But the FTC encourages franchisors to make FPRs in Item 19.

The FTC requires that every FPR must be truthful and reasonable, backed by substantiating written information the franchisor possesses when the representations are made.

The FTC allows franchisors a great deal of leeway in deciding what disclosures to make.  The simplest and most common type of FPR is gross revenues of franchisees.  Most franchisors have those numbers because they are the most common basis for determining royalty payments.  But some franchisors present much more information, including expense figures.  In order to do so, a franchisor needs to be systematic about collecting the relevant data on an ongoing basis.  Or the franchisor can take the unusual approach of Ace Hardware and engage an outside firm to do an independent study of franchisee profitability and attach it as an exhibit to the FDD along with references to industry statistics.

Financial disclosures in Item 19 typically relate to past performance, but they may be projections of future performance.  When making an FPR based on past performance, a franchisor must disclose the material bases for the representation, including:

The franchisor must also state in Item 19 that written substantiation for the FPR will be made available to the prospective franchisee upon reasonable request.

The sale of an existing franchised business or company location to a prospective franchisee is an exception to this rule.  As in the sale of any business, the seller can and should disclose actual historical income and expenses of the specific business being sold.

Before the FTC issued its revised franchise rule in 2007, probably fewer than one-third of all franchisors made FPRs.  At that time, FPRs were called “earnings claims”.  Franchisors were fearful of making misleading representations.  Today, it appears that more than half of all franchisors make FPRs in Item 19, as noted by Franchise Times and others.

On October 1, 2015, the Franchise and Business Opportunity Project Group of the North American Securities Administrators Association (NASAA) issued a request for comments regarding a proposed NASAA commentary on FPRs.  The objective of the proposed commentary is to clarify how franchisors should make an FPR in their disclosure documents.  I plan to report on the final NASAA commentary when it is issued.