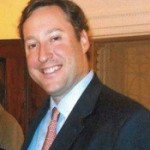 Ashton Newhall is the co-founder and co-managing partner of Greenspring Associates. Founded in 2000, Greenspring is a leading global investment firm that today manages over $3.5 billion in capital commitments worldwide. Greenspring acts primarily as a fund of funds, backing a host of dynamic venture capital firms, including Greycroft Partners, Revolution, and Volition Capital. Additionally, Greenspring has been involved with private companies such as GrubHub, FanDuel, and Alibaba Group. Before starting Greenspring, Ashton Newhall was an associate at T. Rowe Price, where he held the distinction of being one of youngest marketers of the firm’s investment management services. When did you first become involved in the world of venture capital? ASHTON NEWHALL: My family has been in the venture business for three generations now. My grandfather used to work with Laurance Rockefeller in what’s now known as Venrock, or the venture arm of the Rockefeller family. He was involved in the financing of a number of companies, In-Flight Refueling and Reaction Motors being two of them. In-Flight Refueling is what actually brought our family to Maryland when he ended up running it. It’s a company based in Linthicum, Maryland. My father worked with Mr. Price at T. Rowe Price, on the New Horizons fund, and then ultimately left T. Rowe to start a firm called NEA, or New Enterprise Associates, which I suppose is one of the larger venture firms in the world today. And then, a number of years ago, I used to work at T. Rowe Price. I learned a tremendous amount there and was afforded the opportunity to go start my own venture firm, what’s now known as Greenspring. That’s sort of the family history as it were. What motivated you to start your own firm while working at T. Rowe Price? T. Rowe Price was contemplating whether what businesses they might get into. One of which that they considered was a venture-oriented fund or funds. I think, at the end of the day, the firm was very focused on the integration of the Rowe Price-Fleming purchase that occurred while I was there and that was—rightfully so—the priority of the firm. That afforded me the opportunity to think about launching my own vehicle, and that’s in fact when I left to start what was then Montagu Newhall—what’s been renamed Greenspring Associates. My co-founder was Rupert Montagu. Rupert worked at Altius, which was actually a private equity advisory shop that T. Rowe Price. He was a part owner in that, and he and I were partly responsible for the product creation that we were thinking about prior to the Rowe Price acquisition. Jim Lim joined me in 2004 and he and I’d really been collaborating since that time to help start up Greenspring to what it is today. Tell us about the decision to open up an office in Palo Alto. I guess the question is how does the California office work relative to the Maryland office. The vast majority of us were based here in Maryland—although everyone in the firm on the investment side, it seems, lives on a plane, in many cases. So, as a result, we needed a place to hang our hat when we were out in Silicon Valley, and so we utilized that serviced office as exactly that, because one of us is in California virtually every week. And I guess the simple answer is that we felt there was a better way, that many of the people that were in the intermediate business, in our estimation, were misaligned with their client base. They weren’t really incentivized on the backend. They were more of a fee-for-service consultant and low margin fee-for-service consultant to that, or they were an asset aggregator who really only made money if they raised significant assets. In both cases, that led to misalignment with ultimate production of risk-adjusted return, and so when we look to construct vehicles on our platform we think of it really from a client-first perspective, because we invest substantially in anything we’re going to do. We want to believe that we can create risk-adjusted return for both our clients and, by extension, ourselves.