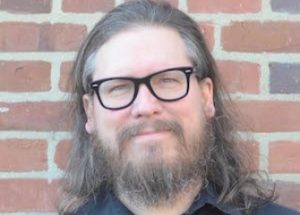 Shelly Blake-Plock is the CEO and Yet Analytics. Based in Baltimore, Yet builds software that allows decision makers at major businesses and organizations to improve their human capital through big data analysis. The company’s technology has been applied to test emergency responses, train medical staff, enhance education, prevent theft, and more. Earlier this year, Yet rolled out Yet Core, a platform built on the U.S. Department of Defense’s Experience API (xAPI) that measures and evaluates human performance data, which it collects from a wide array of sources such as wearables and social networks. As of this writing, the company is in the midst of relaunching its website, but those interested in Yet can follow along with its news and culture at the Yet Analytics blog. EDWIN WARFIELD: Can you give us some background on Yet Core? SHELLY BLAKE-PLOCK: Several months ago, the Department of Defense open-sourced a specification for experiential data—that is, the data of people doing, learning, working within connected environments. A community developed around it, and we were one of the groups asked to join, and we developed a commercial platform based on that specification. How did you originally get involved with the DoD? Back in December, we were invited as a guest of the Department of Defense to present work that we were doing in the gathering of simulation data from flight simulators and game engines at the annual I/ITSEC Military Training Simulations Conference. What we did is demonstrated the ability to draw data out of a flight simulator in a format that was intraoperable with wearable data. We were collecting biometric data at the same time via android wear, so we were able to gather biometric data like heart rate and things like this—movement among participants in the simulation—while at the same time gathering simulation data, bringing it together in a unified common format, and visualizing it live, and that sort of thing: the ability to triangulate different forms of data to help you to identify patterns, trends, behaviors that otherwise might be less intuitive to get at, that’s what we do really well. Can you describe how xAPI works, in more detail? Is it a game changer? The thing about training and human performance is that the ability to report on people, observe what they are doing, have them report back has always been a part business—a part of organizations—but the ability to passively make the tracking of human performance and business performance a part of the expectation of what it means to be a worker to contribute to an organization, to contribute to the success of a business strategy—to be able to have technologies that provide that in a passive, behind-the-scenes, very integrated job-embedded format that actually shows the real work, the real life of what people are doing—that’s the special offering that xAPI brings to the table. Too often, especially in training, data collection has been something that sort of happens auxiliary to what you’re actually doing in your work. The integration of xAPI technologies into the day-to-day of all of the operational technology within the organization makes that ability to gather and that ability to analyze and then make decisions based on what people are doing and how they are performing—that makes it a lot more special. How does the technology fit into Yet’s overall philosophy? I am convinced that there is a way of looking at data architecture itself that is essentially part of, or should be part of one’s business model in entering this new frontier of ubiquitous data. That’s definitely something that we have taken to heart: your data architecture is very much part of your business plan. And we’ve built a data architecture that puts its arms around where the world is going, rather than go for the easy win right now.