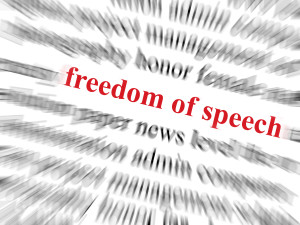 Late last month, the Court of Appeals for the Federal Circuit ruled that Section 2(a) of the Lanham Act, which bans the registration of disparaging trademarks, violates individual’s right to free speech under the First Amendment. In re Tam, the dispute before the Court, involves The Slants, an Asian-American rock band. Slants frontman Simon Tam appealed the case after the U.S. Patent and Trademark Office (USPTO) refused to register the band’s name due to its alternative use as a derogatory racial slur. In concluding that elements of Section 2(a) were unlawful, the Court overruled a prior precedent set by In re McGinley, a 1929 case that established that “the PTO’s refusal to register appellant’s mark does not affect his right to use it.” In other words, even without federal protection, a trademark can still be used on a common law basis. The upshot of the majority opinion in Tam, however, is that registration amounts to a legitimate constitutional right that cannot be denied on the basis of a mark’s expressive content. Additionally, the Court determined that by supporting some proactive marks and disallowing others, the USPTO has been regulating marks on subjective judgments on viewpoint alone, thereby encumbering free speech. The Court also challenged the government’s argument that trademark registration is not private speech, contending that mere listing in a government database is not equivalent to government speech. This decision will likely influence ongoing and future judgments on the trademark protection afforded to marks containing potentially offensive language. One such dispute, concerning the Washington Redskins and currently before the U.S. Court of Appeals for the 4th Circuit in Richmond, has stirred public debate over a person or organization’s ability to register words or terms that are perceived by some to be disparaging in nature. Prior to the initial Redskins ruling, the USPTO has rarely if ever rejected an application based on a Section 2(a) rejection, hence the renewed discussion over a standard set 87 years ago. Commentators such as University of Notre Dame law professor Mark McKenna expect the Slants decision to reverberate in the eventual Redskins outcome—as he told The Washington Post: “The Slants case ups the ante and makes it very likely the Supreme Court will take the case now that there’s been a declaration by a federal appeals court of unconstitutionality.” Intellectual property owners interested in the intersection between IP and free speech should pay close attention to the courts this year, as cases affecting trademarks, copyrights, patents are likely to affect the scope of IP rights available for protection as well as the best practices to adopt in protecting the same. Check our blog regularly for the latest news and guidance from the attorneys here at Offit Kurman. If you have any questions regarding the content of this alert, or any other intellectual property matter, please contact Jonathan R. Wachs at 301.575.0302 or by e-mail at jwachs@offitkurman.com.

Jonathan Wachs provides strategic counseling and operational advice to clients in the areas of intellectual property, commercial transactions and outsourced legal departments. As head of the firm’s Intellectual Property Group, Mr. Wachs works closely with clients to develop, register, analyze, enforce, and transfer intellectual property assets in a customized, cost-efficient, and highly effective manner. Additionally, he conducts intellectual property audits through which clients learn the nature and value of their intellectual property assets and the steps needed to protect such assets from misappropriation or dilution. As a business lawyer, he has successfully negotiated and completed several multimillion dollar business transactions and has served as general counsel to several small and midsize businesses and organizations in various industries and professions. He also manages a blog about intellectual property issues, Friday Factoids. Mr. Wachs co-manages New Paradigm Counsel, a service through which Offit Kurman delivers customized, comprehensive and cost-effective outsourced legal departments. Through New Paradigm Counsel, Jon served as outsourced general counsel for a government contractor, a large printing business, a payment processing company and an identity theft restoration business.   You can also connect with Offit Kurman via Facebook, Twitter, Google+, YouTube, and LinkedIn.