What are prenuptial agreements? What can and can’t they do for your family? And where do asset protection plans come in? In this three-part series I’ll address these questions, as well as more information about protecting your assets and choosing a legal advisor. 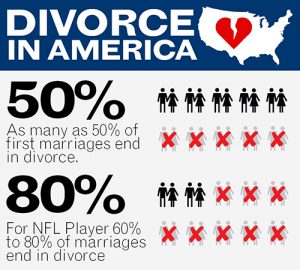 You’ve probably heard the statistic: in the United States, as many as 50% of first marriages end in divorce. What you may not know is the rate is even higher for athletes: between 60% and 80% for players in the NFL, according a report in New York Times. Which means, despite the fact that most of us would rather not think about divorce, it is imperative that you plan for it. It should be considered to be like an insurance policy that you never want to use. As you review options for safeguarding your current and future assets from an ex-spouse, your first step should be considering a prenuptial agreement. A prenuptial or premarital agreement (commonly referred to as a “prenup”) is a contract you and your spouse enter into before marriage. At its core, a prenup is a contract that delineates the division of marital assets and income upon divorce or separation. A well-drafted prenup can protect you against…

Because prenups differentiate between marital and non-marital property—that is, what gets divided during a divorce and what doesn’t—it’s important to note two matters a prenup can’t influence:

These gaps in prenup coverage are essential to understand in order to avoid significant damages to your property. For instance, when former Giants defensive end Michael Strahan split from Jean Muggli, his second wife, a New Jersey state judge ordered Strahan pay Muggli $18,000 per month in child support on top of the $15 million property award. Muggli’s legal team argued that given the large amount of marital assets and income, the children should get a higher amount. They asserted the couple’s two-year-old daughters necessitated a lifestyle that included, among other things, $27,000 per year for clothing and $1,700 per year for sign language classes—even though neither daughter is deaf. Had Strahan utilized an asset protection plan, he likely would have owed Muggli far less money. So how can you avoid similar trouble? Find out soon in Part 2, where I’ll explore the ins and outs of asset protection plans. 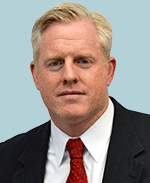 Mr. Lynch’s practice is focused on complex civil litigation matters as well as acting as outside general counsel to many owner managed businesses and entrepreneurs on a wide array of business issues. In addition, Mr. Lynch serves as a corporate advisor to senior level executives, physicians and professional athletes throughout the United States. He serves as a board member for several privately owned companies advising on growth and management issues. Mr. Lynch is also a member of the firm’s Executive Management Committee.