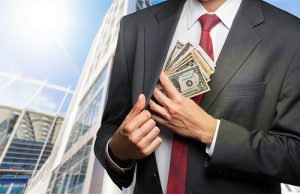 The convergence of family and business often leads to positive outcomes: think Ford, Comcast, or any of the dozens of successful, multinational corporations built on family lineages. Just as frequently, however, relatives—be they related by blood or marriage—who decide to work together find themselves in messy disputes over finances, taxes, and leadership matters. When personal and professional lives collide, what are the legal consequences? Let’s review four scenarios that exemplify the types of problems and questions at the intermingling of employment law and family law. The following stories are all adapted from actual cases, with names changed to protect individuals’ identities.

My law partner Alex Allman represented Brian’s ex-wife in a divorce case. During the case, Brian and his attorneys would claim his gross income at $100,000, as that was the amount on his W-2. Brian’s wife knew better: When they were married and lived together, she often heard him trumpet the fact that his employer reimbursed everything. As a traveling salesperson, Brian was compensated for not only his travel expenses, lodging, and meals, but his home computer, Internet service, car (and gas), the family’s cell phone plans, and so on. Alex analyzed all these reimbursements, one hundred percent of which Brian verified that he was receiving, and persuaded a judge that many of them did not constitute business expenses. The judge eventually established Brian’s income as closer to $130,000, significantly altering the ultimate amount his wife was due in support. The reality is that many employees who travel will use their company vehicles for personal tips and errands. As trivial as these uses may seem, they add up. Companies should carefully review their reimbursement practices to make sure that employees are not unduly taking advantage of a lax system for personal gain.

John owns a clothing company with his brother. The two are equally financially responsible for the company, but in the course of day-to-day transactions, John tends to make more purchase decisions. John only has one credit card, which he uses for business and personal expenses. When his monthly statement arrives, he marks items as either “P” for personal, or “B” for business. The company’s accountant then reviews the bill and pays the balance in full, keeping a running tally of what portion of the credit card expense was for personal, rather than business, needs. One month’s bill, for example, totaled $10,000, with $9,000 of that total clearly allocated to business, and the remaining $1,000 to be repaid by John at a later date. These personal expenses accumulate over time, until the business either writes them off or addresses them in some way. In the meantime, John enjoys the benefits of what is essentially an interest-free loan bankrolled by the company—and by extension, his brother. Even more problematic is that, in practice, the ledger typically disappears after a while. In instances like this, which usually involve a high-ranking employee or owner, there is rarely any proof that the employee reimburses the company for their personal expenses. Not only does the person’s income increase substantially as a result, but the company is relying on the employee to accurately differentiate between the “Ps” and “Bs.” John is prone to making mistakes, unintentionally (or not) marking Bs that really should be Ps. This kind of error costs an employer, of course, but it can also come back to damage the individual in the dissolution of either a marriage or business partnership. Before a separation occurs, the hazy mismanagement of company funds has a corrosive effect on coworkers’ and co-owners’ confidence: Why should John’s brother, or even John’s spouse, trust him not to lie about financial matters?

George is the owner of a staffing company. When George and his spouse decided to divorce, George hired Attorney Alex. Like many others who own a small business in which their domestic partner is not involved, George asked Alex to send the legal bills to the company address. George figured he could merely write off the dispute, reduce his net income, and get a smaller tax bill at the end of the year. After all, so the thinking goes, companies have all kinds of legal costs—why not “hide” the divorce with the rest of the attorneys’ fees? Plus, George supposed that attorney–client privilege would prohibit others from looking into the nature of the representation. The issue of running personal legal expenses through businesses as “business expenses” comes up all the time in family law proceedings. In George’s case, his business was going through a valuation at the time of the divorce. His spouse’s attorney hired a valuation expert who started asking “I see you have some write-offs for legal expenses—what company legal expense do you have?” The forensic accountant knew exactly what he had found. George did not want to answer the question. At that point, he had about $75,000 worth of legal expenses that would have increased the company’s value had it not been taken out as a deduction. Thus, George also owed a great deal of that money back to his wife in the settlement. Alex quickly settled the case—not for that reason alone, of course, though the financial complications were part of the decision. Again, this issue occurs for many business owners. A family lawyer may not be able to provide an opinion on the matter, but owners should be aware of the accompanying risks when opting to structure their personal legal disputes under the umbrella of their businesses.

Tanya worked at the marketing department for an insurance company. One of her tasks was to book events for the company’s agents, so she was issued a company credit card. However, the card was associated with her credit history and was in her name. Tanya was permitted to use the card for personal expenditures so long as she reimbursed the company. She would book hotel rooms, meals, airplane tickets—everything for insurance agents to attend conferences, meetings, marketing events, and so forth. Her bills were huge—as high as $30,000 per month—and so, as a result, she had an extraordinarily high credit balance, which the company backed. The company had completely delegated the process of using and paying off this card to Tanya. Time went on, and Tanya began to go through personal troubles, leaving her money tight. For Tanya, it was too tempting not to take advantage of a loophole she had discovered. Here’s how it worked: Tanya would pay for 15 hotel rooms and 15 airline tickets for a convention, for instance, incur the cost on the card, and submit expense reimbursements. The company would look over the reimbursement forms and then issue Tanya a check and for the corresponding amount, not realizing that she had purposefully overbooked the events by five agents. Tanya would get confirmation from the hotel and airline for 15 people (when, in fact, only ten were going), submit the paperwork to her employer, get a check back for 15 employees’ worth of expenses, then cancel five of the reservations, getting a refund directly to her credit card from these various vendors and pocket the difference. This went on for about 18–20 months, to the tune of about $150,000, until the company found out. However, Tanya had not only been “overpaid” by $150,000; she had stopped paying off the credit card, leaving the company with an additional $75,000 debt. What could the company have done differently? Check back soon for Part 3, where we will discuss what went wrong and how employers can avoid comparable types of fraud.