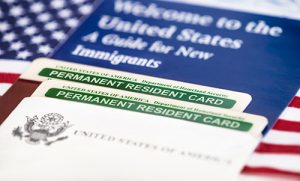 No matter which side of the debate you are on, the question of U.S. admission of Syrian refugees is and will remain hotly contested.  It pits self-defining notions of humanitarian morality against fear for national safety and security, two of the highest policy priorities a nation can face.  Therefore, making policy strictly in favor of one side over the other is inherently flawed. Clearly, the two sides must be merged through an enhanced vetting process that includes reliable background checks and superior international intelligence input, on which both sides currently actually agree.  The difference seems to be simply a matter of degree. And compromise on that issue is probably how it’s going to play out, regardless of the passage of restrictive legislation or threats of an over-ridable veto. The question is what kind of a balance will be struck, which depends more on leveraging politics than either loyalty to the American immigration tradition or building walls out of fear in the name of safety and security.  Should we continue to dismantle the Statue of Liberty and replace it with a wall?  In other words, isn’t this debate really just an extension of the ongoing debate over immigration reform with an overlay of a current regional crisis in Syria?  I think so. Therefore, in order to get our arms around the question of where the balance should be struck on the vetting of Syrian refugees we must acknowledge the reality of the current state of U.S. immigration policy in general.  Unfortunately, it currently looks like a jigsaw puzzle of rules and regulations that politicians have been putting together patchwork-style for many years and still haven’t gotten right.  There is still no real protection for the cornerstone of a stable society (i.e., family unity), and no practical way to obtain work authorization for those waiting for severely restricted visas and their availability. When our nation’s leaders can’t agree on whether to erect a wall on its Southern border to lock out smuggling drug dealers and human traffickers vs. allowing in legitimate immigrants like the ones who built this great nation, how can we expect them to agree on whether to erect a virtual wall against terrorists vs. allowing in legitimate victims caught in the crossfire of an inhumane civil war?  The answer is that it must, and that it’s all about the vetting process and how it’s finally put together. The showdown is about to take place somewhere on Constitution Avenue between the White House and the Capitol.  Let’s hope and trust they get it right. 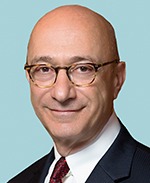 Tom Fadoul, Jr. practices with emphasis in many aspects of domestic and international trade, joint ventures, investment strategies, compliance, and licensing. Additionally, he has seasoned experience in the assemblage of companies and governments from various countries to meet economic demand in niche markets all over the world. This includes the assemblage of public, private, and public/private partnerships in the global marketplace. Mr. Fadoul has broad experience and familiarity with international law, and as such has worked closely with both individuals and companies on a wide range of commercial affairs. Arenas in which Mr. Fadoul has negotiated import/export trade and foreign direct investment transactions have required knowledge of related finance, governmental regulations, mobility and immigration of foreign personnel, dumping policies, subsidies, and tariff and non-tariff barriers.