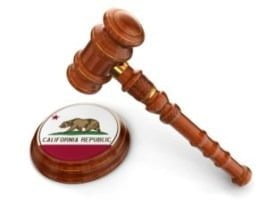 California franchisees will soon have additional statutory protections against a franchisor’s termination or non-renewal of the franchise without good cause, and new protections against the franchisor’s refusal to approve the transfer of the franchise without good cause. On October 11, 2015, Governor Jerry Brown signed into law Assembly Bill 525, substantially amending the California Franchise Relations Act (CFRA), which has been in effect in California since 1980. The revised CFRA applies to franchise agreements entered into or renewed on or after January 1, 2016, and to franchises of an indefinite duration that may be terminated without cause. (Section 20041 of the California Business and Professional Code (BPC).) This legislation is a modified version of a similar bill that Governor Jerry Brown vetoed last year.

Here is a summary of the CFRA amendments:

Until now, the notice and opportunity to cure did not need to be more than 30 days. Under the amended CFRA, the franchisee must be given at least 60 days to cure, but not more than 75 days. (BPC Section 20020)

Under the amended CFRA as under the prior law, the franchisor continues to have the right, in certain circumstances, to terminate the franchise upon notice with immediate effect and no opportunity to cure. Circumstances that allow for immediate termination include the franchisee’s insolvency, abandonment of the business, failure to comply with laws, conviction of a felony, or failure to pay amounts due to the franchisor or its affiliate within five days after receiving written notice that such fees are overdue. (BPC Section 20021)

It is worth noting that the CFRA amendments do not expand the scope of the law. In other words, the definition of a franchise under the CFRA remains the same as the definition of a franchise under the California Franchise Investment Law, which applies to franchise sales. The franchise relationship laws of some states are broader in the scope than the franchise sales laws. The Wisconsin Fair Dealership Law and the New Jersey Franchise Practices Act are examples of franchise relationship laws that cover distributorship arrangements in addition to franchises. The amended California law will continue to apply only to relationships that are commonly understood to be franchises.

California has long been known as a state whose laws strongly protect franchisees. For example, in addition to the franchise laws, post-term noncompete restrictions may not be enforceable in California. Now franchisees will have additional tools to protect against wrongdoing by franchisors. This stricter definition of “good cause” in particular is likely to encourage franchisees to litigate and to give pause to franchisors before they terminate or refuse to renew.

It will be interesting to see whether the amended CFRA will discourage franchisors from expanding their franchise systems into California.