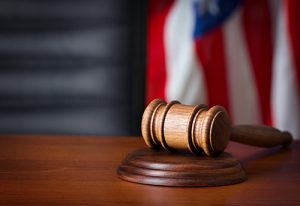 Last year, the Employee Retirement Income Security Act known as ERISA celebrated its 40th anniversary.  But ERISA is anything but a static law.  Each year, it is changed by Congress, federal regulations or the U.S. Supreme Court.  In 2010, a sea change in ERISA occurred when Congress enacted the Affordable Care Act, which amended ERISA and other federal statutes.  Under the ACA, for the first time, businesses and non-profits that employ 50 or more employees must provide minimum essential health insurance coverage for their employees or pay a penalty.  In short, employers and the trustees who run sponsored retirement and health plans must pay attention to the ever-changing ERISA landscape. Take the Summary Plan Description or SPD.  That document is the primary way that an employer or administrator communicates with employees as to a group benefit plan’s key terms.  But what happens if the SPD misrepresents the terms of a plan?  Or what if a SPD conflicts with a provision of the underlying plan document?  Or what if the SPD is silent on an important plan term? In 2011, the U.S. Supreme Court issued a decision that opened the door to potential lawsuits by employees who allege that a plan in which they are participants made misrepresentations.  In Cigna Corporation v. Amara, the Supreme Court held that an aggrieved plan participant may sue plan trustees for making misrepresentations in the SPD under an ERISA provision that allows a plaintiff to ask a court for “appropriate equitable relief”. A judge may order equitable relief—such as surcharge and reformation or modification of the plan provisions.  As for a SPD that conflicts with the plan terms, a federal appeals court in two decisions refused to allow plans to use the SPD when they attempted to assert the SPD against the claimants.  If the SPD is silent, the courts are split.  But some courts have ruled that the failure of the SPD to disclose an important term gives rise to a claim for “appropriate equitable relief” against the plan and its trustees. What this means is that an employer and plan administrator need to make sure that the SPD is accurate, complete and does not conflict with the underlying plan document or charter.  Anything less may subject the employer, the plan and the plan’s administrator to an unwanted and costly lawsuit.

If you have questions about this, please contact us.