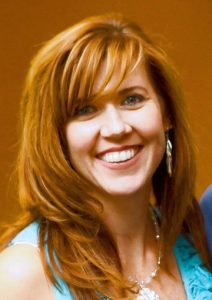 Casey Baynes is the founder and executive director of the Casey Cares Foundation, a Baltimore-based nonprofit organization dedicated to supporting critically ill children and their families. Casey started the foundation in 2000 with five local families; in the years since, it has expanded across Maryland and into D.C., Virginia, West Virginia, Pennsylvania, and Delaware. Casey is the recipient of a long list of awards and recognitions, such Baltimore SmartCEO magazine’s 25 Bravo! Women Business Achievement Award, designation as one of Kraft’s “100 Extraordinary Women,” and a Top 100 Minority Business® Enterprise Award. Casey Baynes spoke with citybizlist founder Edwin Warfield for this interview. EDWIN WARFIELD: Can you tell us how Casey Cares started? CASEY BAYNES: It’s hard to believe that I started Casey Cares over 15 years ago. It’s been an amazing journey. We started out helping three families a year; now we’re providing over thousands and thousands of smiles to all critically ill children in the Mid-Atlantic—not once in a lifetime, not once a year, but continuously throughout their treatment process and even beyond. I was the CEO of our family trucking and warehousing company called Wollenweber’s, and I loved every minute of it. I was able to work with my brother, my father, and get that international flair of dealing with what you do logistically with trucking and warehousing. I was still very actively involved in the community, and I spent my time in the hospitals volunteering. It was those experiences from volunteering at the hospitals, after talking to physicians, social workers, and families who were battling for their lives, that I really got to know what these families needed as they were really fighting to make every day count. That’s how Casey Cares got started. Could you describe what Casey Cares is all about? How do you define success? At Casey Cares, we measure our success by the amount of times we get to say yes. We have never had to deny the request of a critically ill child due to funding. To us, that’s true success. So we measure our success by the number of smiles we’re able to provide year after year. Each year, from when we started in 2000, we have grown 25%. So for the first couple of years, yeah that sounds great, but it’s getting hard. There are still plenty of critically ill children for us to reach out to, and we have a generous community who continues to make sure our funding is matching the programs that we’re pouring out to the community. How did Casey Cares grow to the size it is today in the region? Our footprint in the Mid-Atlantic really happened organically. You know, we live amongst the best medical facilities here in the Mid-Atlantic and people flock here when they’re having devastating diagnosis. So it was organically: we were reaching out to our families who were at University of Maryland, at Hopkins, at CHOP, at Sinai, and they come from all over the region and the world. Casey Cares would step up and help those families, not only while they were here, but when they would go back home, and their homes were in Pennsylvania, in Virginia, in D.C., that’s how we’ve really gained that footprint in the Mid-Atlantic. What drew you to the nonprofit world? When people find out that I now do Casey Cares full-time, I feel so lucky, and at last that I get to do my passion day in and day out, and especially at my age. A lot of times, people wait until later in life to get back in, to get very involved in the community. Oftentimes people say, “Why aren’t you in corporate America, why aren’t you doing that? I feel as if you could have so many more financial rewards that way.” I’ve always been very involved in the community, from the time I was in high school doing flood drives for the victims in the Midwest—that’s where I caught the bug, that’s where I first felt that the reward for helping and giving to somebody, and to support them when they have no other resources was the best reward. And, surprisingly, because I never would have known if you’d have asked me, you know, 20 years ago, “What do you think you’re going to be when you grow up?” I would’ve never said philanthropy. I never would have thought that I’d have been as into and involved in the nonprofit world. I love every minute of it and I encourage everybody to get involved, to volunteer, because that truly will be the best gift you can give yourself. What’s your personal connection to the Casey Cares mission? It’s ironic. A lot of people say, “Why did you start Casey Cares? How did you start Casey Cares? Was there something that happened to your child?” I’d actually started Casey Cares before I was married or had children, and I think it was because I found out what needed to happen, what families weren’t receiving, what they really needed to help win this battle for their lives. Coincidentally, I did have a brother who died when he was young, when he was a baby, and I know the impact that it has on a family even after the loss of their child. That’s why at Casey Cares it’s so very important for us not just to help the family while they are engaged in that battle, but even after the loss of a child, or when their child goes into remission, because now they’re entering a whole new stage as cancer-free and we’re there to support them through that.