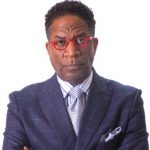 John Davis is the CEO of Notice and Comment (N&C) Inc. N&C is an e-governance library that catalogs public notices, comments, press releases, and other forms of state communication. The aim of the site is to empower U.S. citizens with more information to participate in governance. Citybizlist interviewed John as part of our conversation series with the staff and entrepreneurs operating out of Emerging Technology Centers (ETC), the city of Baltimore’s hub for technology innovation and entrepreneurship.

A nonprofit 501(c)(3) venture of the Baltimore Development Corporation, ETC is split across two campuses and offers three major programs: the ETC Incubation program; Beehive Baltimore, a coworking space; and AccelerateBaltimore, a 13-week intensive providing up to six local startups with mentorship and seed funding. Since 1999, ETC has helped over 350 companies grow and achieve success. Today, about 85% of those companies are still in business, and 75% have remained in Baltimore. EDWIN WARFIELD: Can you tell us about what ideas initially inspired you to start N&C? JOHN DAVIS: In the beginning the belief was, or at least our belief was that the tens of thousands—hundreds of thousands, millions of dollars—being spent in advertising in newspapers was a legitimate incentive for governments to move to the digital space. Our platform was you can go online for free, so it didn’t cost them a dime to publish and to receive comments online. Typically, with a lot of the government “open data” perspective, it’s like a firehose of data just blowing out at you. You try to take a sip from a firehose—that’s about how effective some of these APIs are. So what we’re really trying to focus on was how do we get the public commentary process involved in the decision-making process. That business is controlled by the newspaper industry, and that industry is holding on to that revenue stream very, very tightly. I feel like it’s signaling the loss of classified ads to craigslist, as public notices become digital as well, and it represents a very significant revenue stream, especially for the smaller papers and even for some of the larger ones. We had so much data about this. I mean, I could tell you hundreds of thousands of trees being chopped down for one newspaper. You can talk about the carbon footprint, from the ink to the delivery of the newspapers to all of the chemicals involved in it, to the trash pickup and the collection of the newspapers, to the litter that happens from it. We’ve calculated out, based upon an average day’s daily paper public notices in it, how many pages, how many tons. It is an amazing amount of money that we spend on advertising and on cleaning up after those advertisements in the public notice field. I thought that that was a sufficient motivation for cities to change, and so far it hasn’t been. Why do you think think cities hold onto that antiquated system? Due process—that was the sort of the cornerstone of the reason why we wanted to do it in the first place, that idea and my background in law, the idea that public voices were not being heard in the decision-making process of the expenditure of public funds, and so that’s a due process argument as well. It’s one of the three pillars of our democracy, right? You’ve got voting as one, you’ve got jury service as one, and you have the right to be heard prior to the expenditure of public funds. That’s as old as—in fact, that started as a part of the first act of the first Congress, the first Continental Congress of the United States. It goes back to our very founding, that we have a right to be notified prior to the expenditure of those funds. And so, this whole relationship with newspapers goes back to the founding of the country. That’s a 200-plus-year-old system that hasn’t been digitized and we feel like it’s way, way overdue. Wouldn’t online data-sharing benefit newspapers, though? What we were trying to propose here was that newspapers are driven by content, and the data involved in sentiment analysis, documents in support of proposed regulations, et cetera would be the content that would be an interest to newspapers—that because it’s available in a digitized form, you’d actually be able to check as a newspaper and be a fact-check and do what newspapers do. People have been calling for the destruction of newspapers ever since the Internet started; I don’t think this is going to cause the destruction. I think it’s a question of how they better use the data of the public sentiment to really reflect how a community feels. But I think what they see instead is the loss of revenue, and revenue speaks more loudly than the future of data sharing, I think.