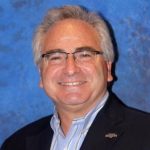 Barry Skoultchi is the CEO of Whitman, an engineering consulting firm based in Cranbury, New Jersey. Whitman provides an extensive variety of services, such as due diligence, land surveying, structural design and engineering, air quality inspection, energy project development, and much more. Since Barry took over in 2003, the company has acquired several major engineering firms, including Brownworth Engineering and Pro-Tech Energy Solutions. In addition to his role at Whitman, Barry is also a member of American Academy of Environmental Engineers, the American Institute of Chemical Engineers, the Air & Waste Management Association, the Environmental Business Association of New Jersey, and the Water Environment Federation. Could you tell us about your background in engineering? BARRY SKOULTCHI: Am I an engineer? Today I’m an engineer only by training. I am not an engineer by my actions. My degrees are both a Bachelor’s and Master’s in chemical engineering, and that’s how I got my start but I’ve expanded outside of that into being an entrepreneur and I fight that urge to go back to engineering quite often. How did you get your start at Whitman? My history at Whitman is quite an interesting one. I started with the company in 1986. I was actually the first full-time person hired in a startup environmental engineering company. In that timeframe, the environmental field was really like the Wild West: it was just getting started, rules were coming into play, and I got into it by accident. I continued as an employee up until 2003, when myself and another senior employee—Todd Gerber—we bought the interest of the founder. At that time, we had roughly 30 employees. In the 12 or 13 years since we’ve had the majority interest in the company, we’ve doubled our staff and tripled our revenue. What’s your relationship with Todd like? Todd and I go way back. We started working together almost 27 years ago. As an interesting story: I was responsible for him getting the job at Whitman. He was fresh out of college, a geologist by training. His father and my neighbor worked together, and when he graduated, my neighbor asked if there were any positions at Whitman. I said I wasn’t really sure, but give it a try. So, Todd interviewed and he was given a position. So I’m responsible for him being there. In the years that we’ve worked together, we have been successful because we approach things from different perspectives. He’s more of an operational person—he’s what I call the “inside guy.” I’m the “outside guy.” I love speaking to people, I love engaging people, I love being in the front. The two different approaches really balance each other, and it’s been very successful. Can you tell us about some of your acquisitions? Brownworth Engineering was an interesting acquisition. One of my objectives at Whitman—and this is where my entrepreneurial experience started to really show—was I always wanted to be different than the other engineering firms. Engineering firms can be very boring, and I didn’t like that. In most cases, traditional environmental or traditional engineering firms acquired environmental firms. Environmental was sort of the tag along. We did the opposite. We were entirely an environmental firm and sought out an engineering partner. We did that because with the environmental, we tended to get involved with projects early on. We were the first ones to the table, but then we left. So, we looked at engineering as an opportunity to stay with the project beyond the environmental, during the construction, during the occupancy, and during the retrofit. In 2007, we identified a company, Brownworth Engineering. They were a mechanical and engineering company, and we felt that they would complement the work that we do, the clients we serve, and they also brought other clients to the table that we could cross sell to, and that was an important step for us. It wasn’t an easy step when you’re merging two companies. At that time, we had close to 40 people and they had 20 people. It was very difficult. It was a real learning experience merging the cultures, merging the businesses, merging the locations, but in the end it worked out for us.