Setting the standard for web design and enterprise hosting 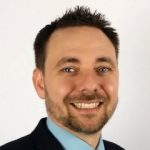