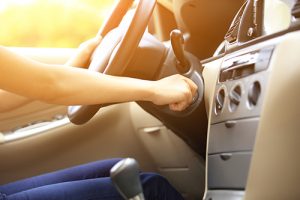 As with many stories in the news, the coverage of the initial allegations of wrongdoing is easy to understand but the later resolution is more complicated and harder to follow. As an attorney who regularly advises businesses of all sizes, I believe there are some important lessons that must be learned from the failure of General Motors (“GM”) to timely disclose safety problems with the ignition switch on certain of its automobiles. But to learn those lessons, businesses and their owners and employees need to better understand what actually appears to have happened.

According to documents filed in federal court, GM engineers knew before the defective switch even went into production in 2002 that it was prone to easily move out of the “Run” position.  But the engineer in charge of the defective switch approved its inclusion in GM vehicles anyway. In 2004 and 2005, owners of the affected vehicles began to experience sudden engine shutoffs caused the defective switch.  GM considered fixing the problem but opted to leave the switch as it was and continued to use it in newly manufactured vehicles.  GM made public statements assuring the public that the switch did not pose a safety concern. By the spring of 2012, according to the government, GM knew that the defective switch represented a safety defect because it could cause airbags in certain vehicles not to deploy.  GM was aware that there were several fatal incidents and serious injuries that occurred when the defective switch caused or contributed to airbag non-deployment.  This knowledge extended up to supervisory level GM employees.

Despite having knowledge of the role played by the defective switch in numerous deaths and serious injuries, for nearly two years GM did not notify the National Highway Traffic Safety Administration (“NHTSA”) and the public about the connection it had identified between the defective ignition switch and airbag non-deployment incidents.  NHTSA regulations require that safety defects be reported within five-days. Instead, during that nearly two-year period, GM permitted its dealers to continue selling affected cars (as used cars) and permitted is customers to continue driving those vehicles in reliance upon GM’s earlier statements that the switch did not pose a safety concern.  The government alleges that during this period of time, GM personnel took affirmative steps to keep the company’s internal investigation into airbag non-deployment caused by the defective switch outside of GM’s regular safety recall process. In February 2014, GM finally conducted a recall of approximately 700,000 vehicles affected by the defective switch, a cohort that eventually grew to more than 2 million vehicles.  Civil and criminal investigations followed.  The damage to GM’s reputation caused by the delay and cover-up, not to mention the additional deaths and serious injuries attributable to GM’s failure to timely acknowledge its mistake, is incalculable.

In September 2015, the government announced the filing of criminal charges against GM.  The auto maker was charged with concealing a potentially deadly safety defect from NHTSA from the spring of 2012 through February 2014, and in the process, misleading consumers concerning the safety of affected GM vehicles.  The U.S. Attorney at the same time announced a deferred prosecution agreement the government reached with GM under which the company was required to provide detailed admissions stating that it failed to disclose the safety defect to NHTSA and misled consumers about that defect.  The agreement imposes an independent monitor on GM to review and assess policies, practices, and procedures relating to GM’s safety-related public statements, sharing of engineering data, and recall processes.  The agreement also requires GM to pay $900 million to the United States and to agree to the forfeiture of those funds. If GM abides by all the terms of the deferred prosecution agreement, the government will defer prosecution of the criminal charges against GM for three years and then seek to dismiss the charges.  Although no criminal charges were brought against individuals, the government has emphasized that such charges could be brought against certain GM employees.

While one can debate whether the penalties imposed on GM are or are not sufficient, there is no doubt that GM made things for themselves much worse by attempting to cover-up and delay acknowledgement of the safety problem with the ignition switch.  The focus of the government prosecutors was on the last 20 months of the cover-up beginning in the spring of 2012.  If GM had at that time acknowledged the problem and taken steps to recall the affected vehicles in compliance with federal law, the damage to the company almost certainly would have been less by several orders of magnitude.  Of course, such prompt disclosure also would have the virtue of being the right thing to do to save lives and limbs once GM identified the connection between the defective switch and airbag non-deployment incidents. If you are old enough or a student of history you will recall innumerable examples of situations in which the cover-up eclipses the initial wrong-doing (does anyone remember Watergate?).  So the obvious lesson, but the lesson that obviously seems to be difficult to put into practice, is to own-up to safety issues in your product or business sooner rather than later.  As I counsel my clients, failure to do so will almost always make the problem worse. 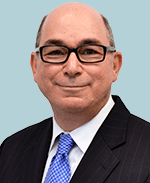