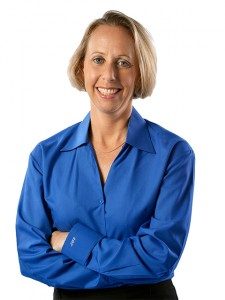 Claire Broido Johnson is the President and CEO of CBJ Energy. Launched in May, CBJ Energy aims to help Maryland properties become more energy efficient while lowering their operating costs and increasing their value. The company arranges financing for property owners through the Commercial Property Assessed Clean Energy (C-PACE) program, a state initiative that allows owners to repay low-interest loans as property tax assessments. Claire’s previous career experience includes tenures at Constellation Power Source, Hannon Armstrong, Green Per Square Foot, and the US Department of Energy. She is also the co-founder of SunEdison, one of the largest solar energy providers in the world. Claire Broido Johnson spoke with citybizlist founder Edwin Warfield for this interview. EDWIN WARFIELD: Can you go through the timeline of founding CBJ Energy? CLAIRE BROIDO JOHNSON: The founding of CBJ Energy just recently happened in May of this year. I’m a founder of SunEdison, which really innovated the solar industry. We invented the idea of the power purchase agreement, my founder [Jigar Shah] and I, and what we have here with property-assessed clean energy in Maryland is as innovative a financing structure and could really open up the energy efficiency space for commercial buildings. How did you come to found SunEdison? The founding of SunEdison was very interesting. Jigar Shah and I started the company in 2003. I had left Constellation Power Source at the time, and he had left BP Solar. The idea is quite simple. It’s the idea of power purchase agreement, where you put solar panels on someone’s roof but that building owner doesn’t actually own the panels—the financier does. At the time, a bunch of people thought we were crazy—in 2003-2004—and that it was an idea that was never going to work. It’s not a technology play at all. It’s really a deployment and a financing play. The two of us, plus two other people, were able to arrange $60 million of project financing from Goldman Sachs in June of ’05, and, from there, we went off to the races. We sold the company in 2009, and the company, depending on when you look at the stock prices, has almost a $10 billion market cap now. What does CBJ Energy provide? With CBJ Energy what we do to retrofit buildings. We have a financing structure that enables building owners to put down no capital and have a 20-year fixed interest rate financing product. It’s essentially a surcharge on a property tax bill. And, what we do is a commercial building owner would say, “I want a new chiller, I want more HVAC units, I need solar panels, I’m interested in windows or even any form of water efficiency;” We find the contractor, CBJ finds the financing entity—of whom we have a few—we work with the commercial building owner, and we help them to arrange a product whereby the line item for the financing goes on the property tax bill. It’s essentially a voluntary surcharge that is a 20-year fixed rate product. That building owner doesn’t need to put any money down and basically pays for the product every six months on their property tax bill. Tell us about C-PACE. C-PACE stands for Commercial Property Assessed Clean Energy. It’s not a new idea at all; it started in Ben Franklin’s time. It’s the idea of adding an assessment onto property owners, whether it’s for sewer bills or for new ballparks—something like that. It was innovated and created in 2008 in Berkeley, and has since grown all over the county. So, Commercial PACE is what we’re talking about when we’re talking about Maryland and Virginia and Washington DC, where CBJ is focusing its efforts. Really, what that means is commercial building owners can take advantage of this tax capability where you buy at surcharge, a voluntary surcharge, onto a property tax bill to enable energy retrofits. What is CBJ’s role in connecting property owners with C-PACE? This is not a consulting business. We’re originating commercial transactions, and we’re very interested in expanding as quickly as possible. In Maryland right now, ordinances have only been passed in Montgomery County and Anne Arundel County, and we’re trying to get those ordinances passed in Baltimore city, Baltimore County, and beyond. The legislation has been passed in the District of Columbia. So, what we’re interested in is finding commercial building owners who have maybe thought about doing some form of retrofits but haven’t been compelled enough to do it—or, frankly, haven’t spent a lot of time thinking about it, but recognize that their energy bills are a potentially high percentage of their total on managed costs and that it might make sense to do something about it. What this really enables them to do is to not put any money down and add a number of improvements on to their building, via a 20-year fixed rate financing structure.