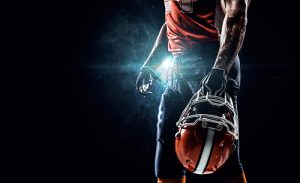 Recently two scandals have broken out in the world of sports which illuminate an age-old conflict between employers and employees.  Employees, for the most part, feel that what they do outside of work, on their own time, is no business of their employer, particularly when the conduct that their employer is trying to regulate involves speech.  Employers, however, frequently seek to restrict off-site, non-work conduct of their employees, particularly when that conduct impacts the business or reputation of the organization.  These policies are a standard part of employment and range from prohibitions on moonlighting, accepting gifts which could improperly influence decisions, and off-duty harassment and extend to prohibitions against illegal conduct like insider trading or illicit drug use. The latest scandal highlighted by the media predominantly involves the two largest single-day fantasy sports websites, FanDuel and Draft Kings.  FanDuel and Draft Kings operate single day and/or single week fantasy sports contests where players can enter contests to win cash prizes.  Some of these contests have substantial cash prizes in the hundreds of thousands of dollars and even in excess of one million dollars.  While both sites have policies in place preventing their employees from entering contests on their own sites, until this week neither had prohibitions in place preventing their employees from entering contests on any other company’s sites. This, however, created a problem when information surfaced whereby employees ?? with access to private, internal information related to betting patterns on one site were winning substantial sums of money in contests on the rival site.  While there has been no finding of wrongdoing by any employee, this has created a public relations nightmare for both sites and have led to calls for criminal investigations and stricter regulation of the companies.  In response, the companies have now promulgated policies barring their employees from entering contests on any other fantasy site.  On Thursday, October 8, 2015, a class action lawsuit was filed against Draft Kings and FanDuel on behalf of consumers affected by these practices. A second sports-related scandal involves a radio broadcaster for the Atlanta Falcons’ flagship radio station who, after making a series of misogynistic, insulting statements on Twitter towards a female announcer for ESPN, was suspended from his radio show.  These comments were made on his private Twitter account outside of working hours. In both of these situations, employers sought to impose restrictions on their employees not for conduct during working hours but rather for conduct taking place on their own time.  In the wake of these actions, many have questioned how this can be legal.  The fact of the matter is, unless there is a public policy consideration or right to privacy recognized by the law at stake, employers generally have broad discretion to enact policies regulating conduct outside the workplace. If challenged, these policies are often upheld when the employer can articulate a clear business reason for regulating the conduct.  With the first scandal, FanDuel and Draft Kings would likely lose substantial revenue if the public believes that insiders with access to non-public information giving them an edge in the contests are able to participate and may be subject to civil or criminal penalties.  With the second scandal, the employer clearly felt that given the individual’s prominent role in the company, individuals might perceive the employer as endorsing or supporting the employee’s actions, thereby damaging the employer’s reputation. Employers seeking to regulate employees’ off-duty conduct, however, must be careful to balance their legitimate business interests against general rights of privacy and employees’ legal rights.  Section 7 of the NLRA, for example, protects certain aspects of employee speech related to terms and conditions of employment.  Further, from a practical standpoint, just because an employer has the right to regulate certain conduct does not mean it is necessarily a prudent business decision to do so.  Employers should review their policies related to off-duty conduct and ensure that they comply with both practical considerations and current legal requirements. To discuss whether your company’s policies are balanced.