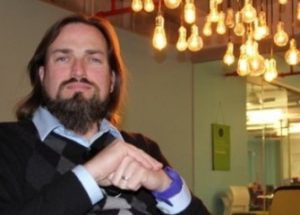 Led by Entrepreneurs for Entrepreneurs with a focus on high growth fundable ventures rallying around four main initiatives:Connection, Celebration, Coaching and Capital. Michael Binko is the founder and CEO of Startup Maryland, as well as the president and CEO of Kloudtrack. Operating in Annapolis, MD, Kloudtrack offers cloud-based and Software-as-a-Service (SaaS) technologies that organize and protect companies’ information related to compliance, governance, risk management, and other kind of sensitive data. In part two of this video conversation with Michael we focus on the great work that Mike and his team at Startup MD is doing across the state. Bringing the “startup incubator” on the road! Startup Maryland was launched out of Startup America, the White House’s initiative to celebrate and inspire entrepreneurs across the U.S. The program is currently running Pitch Across Maryland, a multi-week tour and competition that showcases the state’s innovative startups and entrepreneurs, and culminates in a finals ceremony. For more information, visit startupmd.org. Mike Binko spoke with citybizlist founder Edwin Warfield for this interview. EDWIN WARFIELD: You can trace Startup Maryland back to Steve Case and the Case Foundation. Can you take us through that history? MIKE BINKO: Obviously, Steve is kind of the founding CEO of America Online—AOL. Everybody knows them from the late 80s or early 90s as the first Internet provider that focused on individuals, consumers—consumer Internet. I knew Steve and AOL pretty well, but not personally. I was an early employee with Bill Schrader at PSINet, a company that folks might remember from Baltimore. We had the name on the stadium for a period of time. PSINet was one of the kind of “four horsemen” of the commercial internet along with UUNET, DIGEX, USInternetworking—couple of Maryland companies there as well. I was actually across over in Virginia and was an early employee at PSINet, with Bill, in really bringing the Internet to the business community. Steve’s efforts on AOL—obviously they were kind of the 800 pound gorilla on the consumer side. There were others like EarthLink and other competitive companies, but AOL was very focused on content. I think, probably from some of Steve’s heritage and business experience, the brand, the advertising, opportunity of the Internet was not lost on him, particularly in the consumer space. So eventually, there was a deal where Time Warner and AOL merged. I believe that was the time that Steve exited. It was pretty nice exit for Steve, and gave him an opportunity to do a lot of things. He became an active angel investor, created a venture capital firm called Revolution—which still exists—and then he created the foundation, the Case Foundation, with his wife Jean. Their mission and initiative by a charter of the foundation was that they wanted to really nurture ecosystem building around entrepreneurship and innovation. So, the Case Foundation got together with the Kauffman Foundation for entrepreneurship, one of the stalwart brands of caucusing the community of entrepreneurship and what resources are needed, and big grants, and a lot of academia involved entrepreneurship initiatives. So Case and Kauffman got together as the two founding foundations of Startup America partnership. The Startup America partnership was kind of intended to be the national face behind a movement to encourage this dense ecosystem building in all places around the country and really to be the next generation of job-driving companies—high-growth, high equity, investable companies that would be job-drivers and move down a path.