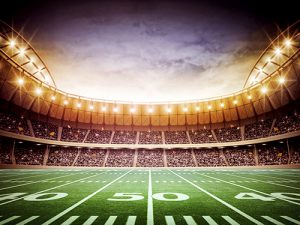 The season has just begun, and the game is already in legal trouble. I’m referring not to football itself, but an increasingly popular and closely associated pastime: fantasy football. Behind the seeming surge in interest are businesses such as DraftKings and FanDuel, two “daily fantasy” sites that offer users a chance at cash payouts for assembling a winning team of individual players selected on a daily or weekly basis. Each platform requires users to “buy in” to every game by paying an entry fee, and then incentivize further buy-ins with higher, tiered stakes throughout the game.   Though the two have collectively spent over $100 million on broadcast advertising since August 1st, 2015 they and similar companies may soon need to allocate some of that venture funding toward other, pressing concerns, namely the question: why is this not unlawful gambling? At present, it is legal.  The Unlawful Internet Gambling Enforcement Act (“UIGEA”) provides an answer. Passed in 2006, the UIGEA makes it unlawful for U.S. residents in all but five states to “place, receive, or otherwise knowingly transmit a bet or wager by any means which involves the use, at least in part, of the Internet where such bet or wager is unlawful under any applicable Federal or State law.” The term “bet or wager” refers to any transactional agreement made on the outcome of a sporting event, contest, or “game subject to chance.” The immediate question in most minds is: “Why are fantasy sports games not subject to chance?”  From a legal standpoint, the difference lies in the slippery and ambiguous concept of “skill,” as put forth by the UIGEA and frequently cited by fantasy companies in defense of their business models. As opposed to games based on chance, such as online poker, fantasy leagues are indeed permitted under the UIGEA, albeit with restrictions. Fantasy football, for instance, is arguably legal so long as “all winning outcomes reflect the relative knowledge and skill of the participants.” Additionally, a fantasy team roster is not  comprised of a single real-world team (e.g., a fantasy team may include Tom Brady as quarterback, but not the entire New England Patriots team) and participants must be made aware of the prizes (which cannot change once established) prior to entering. Whether fantasy football requires more skill than luck, however, is subject to debate as is the amount of luck involved in the outcome of a game. FanDuel and DraftKings both provide disclaimers that their contests are “games of skill” and thus legitimate. While the result of a fantasy game is largely based on NFL players’ unpredictable performance, this high risk–return system ostensibly demands some level of knowledge and judgment. Why? Because the “owner” of a fantasy team chooses each player on his or her team. Consider how online poker or blackjack would differ to a legislator: players in each game make strategic decisions to win, but the cards are randomly dealt and the reward is determined by the bettor. Still, to some, the fantasy model seems uncannily reminiscent of gambling. Earlier in September, New Jersey Representative Frank Pallone made news when he called for hearings on daily fantasy sites. Whether this congressional grousing transforms into a full-blown investigation remains to be seen. In the meantime, the attorneys involved in Offit Kurman’s commercial litigation and business law practice groups are available to answer any questions you may have about the legality of fantasy football, online gambling, and any other topics of inquiry. Please stay tuned to our blog for any updates as this story progresses. 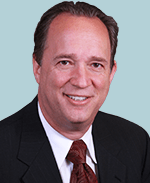 James Hoffman is a bankruptcy lawyer and business attorney with extensive experience in trademark law. Mr. Hoffman focuses his practice in the areas of representing various business types, particularly closely held businesses. He also has a broad base of experience representing creditors, trustees and debtors in bankruptcy cases and litigation. Mr. Hoffman has represented seven different Chapter 7 trustees, and several Chapter 11 trustees and receivers. He has been involved in handling a broad range of litigation before state courts, including disputes involving complex commercial litigation, breach of contract actions, and collection actions.