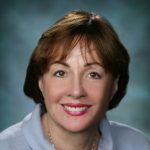 Mary Ann Scully is the president, CEO, and chair of Howard Bancorp and Howard Bank. Since 2003, Howard Bank has helped individuals and businesses throughout Maryland develop and achieve their financial goals. Today, the bank operates 22 branches and counting, with locations ranging up and down the state—from Ellicott City to Baltimore to Annapolis. Earlier this year, the bank’s parent company, Howard Bancorp, merged with the parent of Patapsco Bank in a deal valued at $10 million. A lifelong banker and leader, Mary Ann was recently named one of The Daily Record’s Most Admired CEOs in the Public Company category. EDWIN WARFIELD: How did you get your start in banking? MARY ANN SCULLY: No child grows up thinking that they’re going to be a banker. It’s not a natural course, and candidly, as a girl growing up in the 60s, I certainly didn’t think I was going to be the CEO of anything. I thought when I graduated from high school that I would teach for a while—a very traditional female occupation—and then go to law school. I started my college career as a History major. I love history, and that carries through a lot of the things I do and care about to this day. Sociology always had a certain attraction for me, and then when I was a senior, I realized I did not immediately want to go on to graduate school or law school. I was tired of school, and I needed to get a job. I took an Economics course. I liked it. Someone said to me “banks and insurance companies: they both have great training programs,” and so I dutifully applied to banks and insurance companies. A personal journey brought me to Baltimore at the time. I applied to three of the banks in town, was told by one of them that they were not hiring women in management training programs, and was offered a job at the other two. First National offered the most flexibility in their training program, so the flexibility theme was also very important at that time. All kids coming out of school think, “How am I going to use my degree?” And at the time I thought, “Well, all right, I’m a banker, I can learn about banking, but”—going back to the Sociology and going back to the Economics—”wouldn’t it be great to help small businesses?” Then, totally ironically, I went through a training period and ended up in cash management consulting, worked exclusively with Fortune 1000 companies in the United States; went into corporate lending, worked exclusively with Fortune 1000 companies in the United States; was asked to start a foreign direct investment group in what was then known as the European Division at First National, worked mostly with the equivalent of Fortune 1000 companies globally—but a lot of their US subsidiaries were small companies, and we believed that our role was, again, facilitate not just money but knowledge. I remember explaining to some of these people, “Well, this is the way the Dutch think,” or “this the way the Germans think.” Then, after a stint in M&A and strategic planning, was asked to head up the community bank, and so I sort of came full circle, working with retail and small business customers. Then, the banking part of me kicked in because what I had learned in the M&A world and in strategic planning was one of the hidden secrets—maybe for a large bank at that time—one of the dirty secrets at the time was… you looked at all these large banks making acquisitions, but when you looked at who was gaining market share, no one paid attention at an $18 billion bank to a $200 million startup bank—they just weren’t on your radar screen. But, if you looked at the aggregation of all those banks, they were the ones capturing market share. So, the strategic planning part of me said to the customer-experienced part of me “that means what those community banks are doing resonates with the clients.”