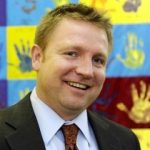 Terry Hickey is the President and CEO of Big Brothers Big Sisters of the Greater Chesapeake. A local affiliate of the youth mentoring 501(c)(3) nonprofit organization Big Brothers Big Sisters of America, BBBSGC nurtures children in adverse circumstances by providing them with dedicated adult mentors in a one-to-one basis. Founded in 1904, BBBS enjoys an international reputation as a leading charitable organization today. When surveyed, 83% of former “Little” siblings agree that their relationships in the program instilled them with enduring, positive values. Adults interested in becoming mentors can sign up at biglittle.org. Terry Hickey spoke with Baltimore Sun reporter Sloane Brown for this interview. SLOANE BROWN: I’m curious—we talked a little bit about some people’s misperceptions of what they as adults are expecting when they come into the organization—and with everything that’s happened in the last few months, have you found any of your previous perceptions of what you do changed or altered? Is there anything that you’ve kind of had a revelation about? TERRY HICKEY: My team’s going to laugh right now if they see that you’re asking that question, because I’ve only been with Big Brothers Big Sisters for about two and half years. When I came in, I did what a lot of people in the public say: “Why one-to-one? Why this lengthy process?” You know, [I thought] let’s create these groups where anybody who shows up works with these kids, throw in some activities, play some sports, that would be great. I could do that. This [how we operate] looks hard—which all of our Bigs tell us by the way—we were wrong. It’s not hard. It’s the easiest thing ever in the world. I started thinking, “Maybe we’ve got to mess with this.” Funders say, “Be more innovative.” They say, “Can’t you be more like this?” Well, particularly in this day and time, when you’ve got technology and so you’ve got all sorts of new ideas constantly coming in and changing. Right, but it works. We vastly underestimate that one major metric, which is that we can measure the trusting relationship between a youth and an adult. Every single study out there about mentoring will show you that’s the gold standard. It’s trust and bonding. I love your question because, where we’re headed now, we don’t want to be isolated. Big Brothers is not here to say, “We do this one kind of mentoring. It’s the only one.” But what we do has the most impact that we think we can get from a mentoring relationship. We’ve been working with the city and corporate partners and foundations to get involved in things like workforce. Imagine if all of our workforce programs had a partnership where you could have a mentor in the community helping that child be successful as they’re trying to get a job. Imagine if every first-generation college student had a mentor that had been through that; who do they call when they think, “This is too hard. I want to drop out of college?” Right, so isn’t there something like that in place? Bigs and Littles that have already been paired, but they paired up when the child was younger? There are a lot of good mentoring programs out there, and a lot of them work in different, separate, niche areas. To take the way Big Brothers does it—that one-to-one, supported community mentoring, and make it a tool in a bigger tool box, so we can drive you know less young people dropping out of college. We’ve got a pilot now with Hopkins, where children who are assault victims get matched to a Big Brother or Sister by the emergency room folks. Wow. And we’re testing a theory with Hopkins that we can reduce the incidents of… Once you’re assaulted, the rates of you becoming a potential assaulter or assault victim climb exponentially. What if we could change that? And what if we could start with mentoring? We’re looking at literacy. What if we could work with these wonderful groups in Baltimore focused on literacy rates? What if every mentor showed up to see their third-grade Little with a new book and, “Hey, let’s read this together?” We can be an essential partner to work with groups, and I think that’s the emphasis. If you like sports, join a sports organization, and let’s hook you up to mentor a child and then go run with that girl. You know, but help the whole club, help the whole center. But, at the end of the day, give your Little a ride home. I think we can help drive volunteers in schools. I think we can drive volunteerism for other groups. We can take on the safety, training, and risk management—which is why there really aren’t many groups anymore in this country that let you spend time with a young person out in the community. I really think that’s the secret. So, yeah, I was tempted to mess with the formula, and now I just want to be a really, really good partner and let people know about it.