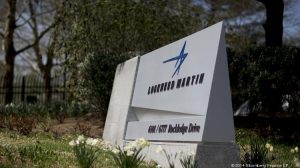 Lockheed Martin Corp. filed a bid protest for a $6.75 billion armored truck contest it lost and just a day later announced a layoff of 500 employees in its government services division come mid-November. Both moves are illustrative of where Bethesda-based Lockheed sees its role as one of the defense giants. “I think that the issues are coupled − but they’re loosely coupled,” said James Hasik, a nonresident senior fellow for defense at the Atlantic Council’s Brent Scowcroft Center. “They’ve decided they want to try to base the competitiveness of the company on its skill in engineering.” Lockheed Martin (NYSE: LMT) wants to be an engineering company with a portfolio spanning all branches of the U.S. armed forces. It’s already the prime contractor on the $1.4 trillion Joint Strike Fighter program to secure its hold on fighter jets. The company bought helicopter manufacturer Sikorsky this summer to acquire rotorcraft, and it’s not so quick to give up on the Joint Light Tactical Vehicle program. Between the 2015 and 2040 fiscal years, the Army plans to buy 49,909 of the vehicles. The U.S. Marines plan to purchase another 5,000 between the 2015 and 2021 fiscal years.