As expected, the National Labor Relations Board (NLRB) recently broadened the definition of joint employer.  In a 3-2 decision, the NLRB adopted the joint employment standard recommended by the NLRB’s General Counsel.  The ruling was issued August 27, 2015, in the case of Browning-Ferris Industries of California, Inc. (BFI).

The Browning-Ferris case did not involve franchising, but it will have an important impact on franchising.  Franchisors are now more likely to be deemed joint employers of their franchisees’ employees for purposes of compliance with the National Labor Relations Act.  This is a shock to the franchise industry.

BFI had engaged a staffing company called Leadpoint Business Services as an independent contractor to provide workers at BFI’s recycling facility.  The NLRB held that BFI was a joint employer of Leadpoint’s employees.  The NLRB also ruled that a finding of joint employment would require only the authority to control the terms and conditions of the service provider’s employees.  Actual exercise of that control is no longer necessary.

The dissent viewed this change with alarm:

“Today, in the most sweeping of recent major decisions, the Board majority rewrites the decades-old test for determining who the “employer” is…. This change will subject countless entities to unprecedented new joint-bargaining obligations that most do not even know they have, to potential joint liability for unfair labor practices and breaches of collective-bargaining agreements, and to economic protest activity, including what have heretofore been unlawful secondary strikes, boycotts, and picketing.” 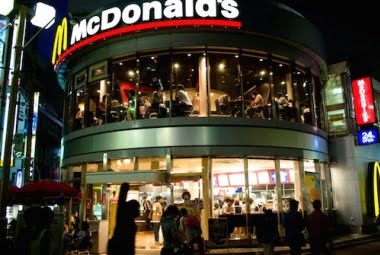 Two board members dissented, noting that “this complaint language provides no notice regarding the new joint employer standard upon which the General Counsel intends to rely in the alternative, nor what facts the General Counsel believes will prove joint employer status under the alternative standard.” As such, the dissenters stated that this denial presents an “acute due process problem”.

The change wrought by the Browning-Ferris case is dramatic, but not absolute. It appears that the NLRB will not deem all franchisors to be joint employers with their franchisees. On April 28, 2015, the NLRB Office of the General Counsel issued an Advice Memorandum in cases involving the Freshii franchise system. In the summer of 2014, a Freshii franchisee in Chicago terminated two employees for attempting to unionize the workforce. The Region found merit to unfair labor practice allegations but requested advice as to whether the franchisee was a joint employer with the franchisor. In the Advice Memorandum, the Office of General Counsel stated that:

“Thus, because Freshii does not directly or indirectly control or otherwise restrict the employees’ core terms and conditions of employment, meaningful collective bargaining between Nutritionality and any potential collective-bargaining representative of the employees could occur in Freshii’s absence.”

The Chicago Regional Director issued a dismissal letter in the Freshii case May 14, 2015.

Richard Griffin, the NLRB General Counsel, will be a featured speaker at the American Bar Association’s annual Forum on Franchising in mid-October 2015 in New Orleans.  He will be joined by Dr. David Weil, Administrator of the Wage & Hour Division of the U.S. Department of Labor and author of The Fissured Workplace. I am looking forward to hearing their explanations of why a new, sweepingly broad approach to franchisor liability is a good thing.