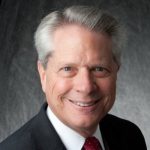 Larry Unger is the president and CEO of Maryland Public Television (MPT). As Maryland’s Public Broadcasting Service (PBS) member state network, MPT operates out of Owings Mills and broadcasts via six channels throughout the state, as well as in surrounding areas in D.C., Virginia, West Virginia, Pennsylvania, and Delaware. The station is home to regional productions such as Maryland Farm & Harvest, Your Money and Business, and Chesapeake Collectibles. Additionally, it hosts nationally distributed programming such as NOVA, Frontline, and Masterpiece. MPT has won numerous Emmy Awards and nominations from the National Capital Chesapeake Bay Chapter of the National Academy of Television Arts and Sciences (NATAS). EDWIN WARFIELD: When did you get your start with MPT? LARRY UNGER: I’ve been there now for almost 19 years. I had gone in as a consultant to help with the plan of reorganization. They asked me to stay on. I thought to myself at that time, “Really, public television?” But, I did, and I must say it’s probably the best thing that I have ever done. I have loved being there. People absolutely love what we do. The people that work there are amazing. They could all work in other places and make more money, but they choose to work at MPT because of the things that we bring to the community. I spent almost 30 years in financial services of one form or another. I was with three major Baltimore-based financial institutions, and certainly enjoyed my time there, but I have to say that working at MPT has just been a terrific thrill for me. Could you briefly take us through the history of MPT, and tell us how big the network is now? MPT was started by an act of Legislature in 1966. We went on the air in 1969, and when we went on the air, it was from our current Owings Mills facility. We’ve never been anywhere else. That’s about 110,000 square foot facility, and over the years, we’ve brought that up, and it’s certainly state-of-the-art. We have about 65,000 Maryland households that are members, which means they make a contribution to MPT even though they get the same product if they didn’t. I believe it’s about 1.9 million viewers per month, which we’re very proud of. Where does the new governor, Larry Hogan, stand on public television? Is he supportive? I feel very good about Governor Hogan coming in. I had the opportunity to chat with him a number of times prior to the election. He certainly seemed to be a public television fan. And, of course, we’ve now had his first budget, and MPT fared pretty much the same as all the agencies, so we’re looking forward to a good relationship with the new administration. Could you share your budget with us? How does it compare to other periods in your history? Currently, we operate with about a $32 million budget. Approximately 25%—or $8 million—of that is an appropriation from the state. There were times when that was much higher. In 2006, I believe, the appropriation was $12 million. So, that’s a pretty hefty cut, and we’ve had to work hard to overcome that, to find ways to be more efficient and still put out all the product that we have been, and I think to a great degree we’ve really accomplished that. How does MPT fit into PBS’s overall reach, nationwide? While I believe Baltimore is the 26th largest TV market—I may be off by few—MPT is actually the eighth largest public television station in the country. We have always collaborated with PBS. We provide them some programming; we’re obviously a PBS member in good standing. And, it costs a good deal to do that, but, for that, we get programming like Downton Abbey and Masterpiece Theatre so, we think that’s a fair trade. How has public television industry evolved since the 20th century? Certainly, it is different today. When I grew up, you had a choice of three channels. It was much easier. Now, your cable carrier alone will probably bring you 300 or 400 different channels. But, it is kind of interesting: over this period of time, where we’ve seen this proliferation of channels, if you would look at a chart of let’s say, the three networks, the decline was very severe. Public television, in general, stayed relatively flat through this period of time. And we still are [flat]. We’re convinced that no matter what happens and how many different sources that you have to view this, it’s all about the content, and we’re are going to continue to have terrific content.