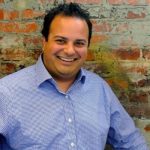 Brian Razzaque is the CEO of SocialToaster, a social media marketing platform designed for brands and artists to leverage the influence of their biggest fans. SocialToaster’s engagement platform amplifies the reach and visibility of “superfans,” equipping clients with word-of-mouth, content-sharing ambassadors. Clients can track their results in real time with the platform’s advanced analytics and reporting capabilities. Some of SocialToaster’s most successful campaigns include partnerships with AARP, A&E’s Duck Dynasty, the United Nations, Perdue Chicken, and the Baltimore Ravens.   Tell us a bit about SocialToaster’s startup days. How did you go about acquiring funding? The history of SocialToaster’s capital raising starts with me. You know, no one’s going to invest in you if you don’t invest in you. A lot of times people ask me about that: “How can I go and raise money?” And I find out they still have a full-time job, they haven’t actually put any real skin in the game. The majority of the time you aren’t going to get anywhere if you don’t personally demonstrate that you’re, for the most part, all in. So I went all in. I put every single dime I had into SocialToaster. We did then go the friends and family route, which is pretty typical, where you bring in money from very close friends and people that are familiar with what you’re doing. We also did have an early-on individual angel investor. Our series A then happened in 2012. It was led Blue Venture Investors, which is a Northern Virginia-based group—a bunch of great guys. Since they led the round, they have two board members. We have a five-person board. One of them is another independent who participated. So, our A round was a little bit unusual in that it was largely an angel-based round. There was no real institutional money in that round. It ended up being about $2.275 million. Then, in 2013, we did a bridge round. The form of that was as a convertible note. That round was led by the Propel fund of Baltimore which is kind of under the Tedco [Technology Development Corporation] umbrella, and then Maryland Venture Fund also participated in that as well as a number of other individual investors. That took us into 2014 when we did another bridge round—again, convertible note—and that was led by an individual out of London who is a very successful guy—also one of the owners of the New York Yankees minor league baseball team—and Kevin Plank and his personal investment group also participated, and then a number of other individual investors. We’ve raised money each year, at a total around $6 million or so to date. One of my advisors told me something that to this day I think is probably very accurate. He said that the biggest difference between the Bay Area and other sort of investment hubs or investment centers is that in the Valley, investors put in enough money to ensure that the business is successful; whereas in virtually every other market, investors put in enough money based on what the business has done to where they think it will be able to continue to be successful. It’s a very different mindset. Putting it in simple terms, it means you can go out to the market and say, “I’ve run all my numbers, and I think I need $2 million.” An experienced investor, maybe out of the Bay Area, can look at that and say, “No, you actually need $6 million.” And as a naïve entrepreneur, you can say, “I have no idea why I would need that much money, what would I even spend it on?” And they will tell you, “People, trust us, you need that much money.” They do that because, from their experience, that’s what’s necessary to get the right people, get the right team and ensure that the business is sufficiently capitalized to deal with all the challenges and get over the hurdles and be successful. That’s their philosophy. I can’t comment on whether that’s right or wrong—I’m just saying that’s something I’ve observed to be true. Whereas in this region, or in New York, or any of the other areas where there may be investment and funding happening, the investors really want to say, “Show us what you’ve done. Based on where you think the business is now, definitely tell us what you think you need and then we’ll fund you based on what you think you need.” How does that capital raising experience compare to what it is now? At least for us, our experience has been that we go raise what we think we need, get to a certain milestone, achieve certain results, and then we have to go back to market, raise some more money, hit certain milestones, and achieve certain results. It can end up being a situation where you’re in a constant state of fundraising. We’re contemplating right now the best next step for us, and a series B is absolutely one of the options that’s on the immediate table.