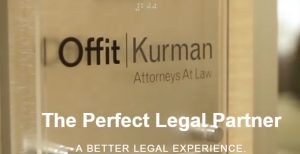 For the fourth time, Offit Kurman has been named to the Inc. 5000, which recognizes the fastest-growing privately held companies in the U.S. The firm previously made the list in 2011, 2012, and 2013. Offit Kurman, a leading law firm in the Mid-Atlantic region, is one of 11 Maryland companies—as well as the only Maryland law firm—included in the Business Products & Services category of this year’s inventory of America’s most successful companies. The firm has grown at a rate of 59% over the past three years. It is a honor for any enterprise to achieve the Inc. 5000 honor once, let alone two or three times. Offit Kurman’s four-year inclusion in the exclusive list distinguishes the firm as one of a very few organizations capable of reliable, meaningful growth. The elite companies in this category are market innovators and job creators, and represent dynamic players in their state economies as well as essential forces in the national economy. The firm’s Management congratulates all of the attorneys and staff for their tremendous contributions to the firm’s consistent growth and success. This is a team accomplishment, and triumph. The firm looks forward to the achievements ahead—in 2016 and beyond. To qualify for the 2015 Inc. 5000, a company must:

With 115 attorneys in nine offices throughout five states and the District of Columbia, Offit Kurman is equipped to meet the various legal needs of businesses, entrepreneurs, families, individuals, and estates of all shapes and sizes.