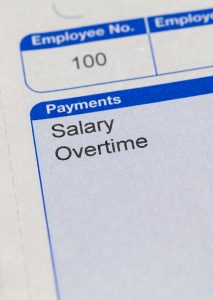 It hardly remains breaking news that the Obama Administration has announced proposed rules which aim to extend to roughly 5 million white collar workers the ability to earn overtime pay. Although the rules have yet to be finalized, the proposal raises the salary cap on overtime eligibility from $455 per week (or $23,660 per annum) to $970 per week (or $50,440 or annum) and contemplates additional monumental changes to the wage and hour landscape. As a consequence, millions of workers who were formerly exempt under the executive, administrative, and professional exemptions may now be entitled to overtime—regardless of whether they are paid a salary. The 295-page proposal additionally indicates that the Department of Labor (the “DOL”) will provide in a final rule revisions to the duties test pursuant to which employers can determine whether their workers are appropriately treated as exempt. While the news of the Administration’s decision may not be new—the proposed rule was announced July 6, 2015—the period during which employers and industry professionals may provide written comments on the proposed rule and its effects is quickly waning; the DOL has indicated that comments will be accepted until September 4, 2015. The DOL has specifically asked for comments on the following items, among others, indicating that a final rule may include:

Once the comment period closes—assuming that it is not extended—we can expect the DOL to attempt to formulate a final rule. Modifications to the existing exemptions will not only affect a sea change in the means and manner in which employees are to be compensated, but the attendant costs associated with such rule will undoubtedly have a profound effect on the way employers structure their workforce. Moreover, failure to comply with the new rules—which are bound to cause confusion among management—may subject employers to significant liability. Concomitantly, appreciating how the new rules will affect you and your business, aligning your practices to comply with the changes, and understanding how to structure your workforce to maximize your profitability without running afoul of the law will be perhaps more important than ever. The attorneys in Offit Kurman’s Labor and Employment Group are well-versed in the Fair Labor Standards Act and understand its intricacies. We would welcome the opportunity to discuss the proposed changes with you and help your business navigate the uncharted territory of the new wage and hour landscape.