Attorneys Fred Howard Silversteina and Linda Sorg Ostovitz of Silverstein & Ostovitz, LLC have joined Offit Kurman as members of the firm’s family law practice group. The two principals will operate out of Offit Kurman’s offices in Maple Lawn, Maryland, serving the Howard County and Baltimore–Washington metropolitan areas. Principals Fred Silverstein and Linda Ostovitz are Fellows of the American Academy of Matrimonial Lawyers (AAML), and each possesses over thirty years’ experience as a litigator, educator, negotiator, and client advocate. In-depth biographical information about all three attorneys can be found below, or at offitkurman.com/attorneys. 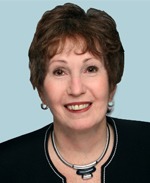 With the addition of Ms. Ostovitz and Mr. Silverstein, Offit Kurman will be home to eighteen family law practitioners, five of whom are AAML Fellows. A hard-earned and prestigious distinction, AAML Fellowship is awarded to those matrimonial law practitioners whose contributions encourage further study and higher standards in the field. Due to this level of preeminence, Offit Kurman’s family law group now stands apart as a uniquely accomplished legal team unparalleled in scope and stature. “The AAML is a revered family law institution,” said Ron Ogens, Offit Kurman Chairman of the Family Law Practice Group. “It’s extraordinary enough for a law firm to retain one AAML Fellow; to have five places us in a category all our own. And eighteen lawyers across the board ranks Offit Kurman as one of the largest regional family law groups. The real significance, however, comes not from these attorneys’ honorifics, but the magnitude of their accomplishments. I know Linda and Fred will find themselves at home here.” 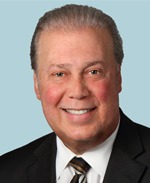 Mr. Silverstein’s legal career encompasses 15 years as a public defender, a term as president of the Howard County Bar Association, as well as memberships on the boards of such organizations as the District of Columbia Bar Association, Howard County Bar Foundation, and the National Family Resiliency Center. In additional to his certification as an AAML Fellow, he has been listed as a Maryland Super Lawyer for eight years running. A well-respected leader in her community, Ms. Ostovitz is recognized for her skill in and out of court as a lawyer, writer, and frequent lecturer. Her articles on family law matters have appeared publications such as the Maryland Bar Journal, Lawyers.com and USA Today. Aside from her AAML Fellowship, she currently serves as President for the Business Women’s Network of Howard County, a group which chose her as a Woman of Distinction for 2014. The Maryland Daily Record also named her to one of the 2015 Top 100 Women in Maryland.

To learn more about Offit Kurman’s family law practice, or to get in touch with Mr. Silverstein or Ms. Ostovitz, please visit offitkurman.com.

Offit Kurman is one of the fastest-growing, full-service law firms in the Mid-Atlantic region. With over 100 attorneys in seven offices serving Washington DC, Baltimore, Philadelphia, Wilmington and Northern Virginia, the firm is well positioned to meet the legal needs of dynamic businesses and the people who own and operate them. At Offit Kurman, we are our clients’ most trusted legal advisors, the professionals who help them to maximize and protect their business value and individual wealth. In every interaction, we consistently maintain our clients’ trust and confidence by remaining focused on their objectives to help them achieve their goals. You can also connect with Offit Kurman via Facebook, Twitter, Google+, YouTube, and LinkedIn.