Question: I’ve heard that there was a recent Supreme Court ruling based on a Maryland tax case and I was curious what it was about.

Answer: The case, Comptroller of the Treasury of Maryland vs. Wynne, involved taxpayers who were Maryland residents but earned a large portion of their income outside of the state of Maryland.

The United States Supreme Court, in a 5-4 opinion, ruled that Maryland has been illegally double taxing some of its residents. The Court ruled that the State of Maryland must provide a full tax credit to its residents for income taxes paid outside the state.

There are two parts to the Maryland income tax; the state income tax and the local or “piggyback tax” (this is generally the local tax that Maryland collects for the counties). Prior to the ruling in this case, Maryland only provided credits against the state portion of the income tax. On their personal Maryland tax return, the Wynnes claimed credits against both the state portion and the county or local portion on their tax return. The Comptroller denied their claim for the full credit and the Wynnes sued. Their case went all the way to the Supreme Court which became a victory for the taxpayers as the court said that taxpayers should have received a credit based on both components of the tax.

Comment: Some analysts estimate that the amount of refunds Maryland will eventually pay out will be in the hundreds of millions. The ruling affects individuals who reside in Maryland but pay taxes to other states based on income earned outside of Maryland. 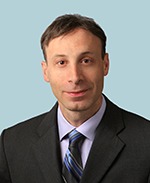 Steve Shane provides strategic counseling to clients in need of estate administration, charitable giving and business continuity planning while minimizing estate, gift, and generation-skipping transfer tax exposure. He offers legal guidance to clients on asset protection and the proper disposition of assets in accordance with the client’s objectives, while employing tax planning techniques such as the use of irrevocable trusts, life insurance planning, lifetime gifts and charitable trust. He is also experienced with drafting documents for business planning, the incorporation and application for exemption for Private Foundations and the administration of decedents’ estates.