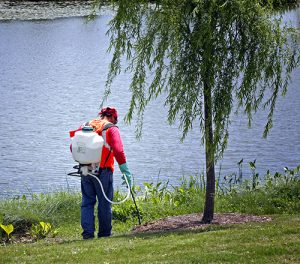 Many employers think that they have eliminated their obligation to pay overtime under the Fair Labor Standards Act (“FLSA”) simply by paying an employee a salary, thus making the employee “exempt” (as opposed to “non-exempt” and owed overtime at time and a half).  While every rule of law has its exceptions, this rationale is almost never the case.  Paying an employee a salary may be a prerequisite for establishing many exemptions to the overtime requirements of the FLSA, the payment of a salary alone is typically not enough.  Instead, a salary must generally be paired with certain job responsibilities in order to establish the employee as exempt and permitting the non-payment of overtime premiums.

However, many employers and employees may prefer the consistency of a salary even though the employee is non-exempt.  This issue arises frequently for landscapers and other industries where employees work outside and are subject to irregular hours because of, among many reasons, the weather.  In these scenarios, employees do not want to be paid only for a day or two of work when inclement weather wipes out several working days.  Similarly, employers do not want to pay tens of hours of overtime at time and a half in the following week when the weather clears and extra hours are needed to make up for lost time.  Fortunately, the regulations implementing the FLSA spell out a specific compromise contained in the law that allows employees to receive a fixed salary and permits employers to better control for the burdens of paying overtime premiums.

Under the Flexible Workweek Method, employees are paid a fixed weekly amount regardless of the number of hours worked in each week.  In theory, this is because the number of hours fluctuates from week to week.  Provided the weekly amount paid is greater than the minimum wage applicable for all of the hours worked in the week, overtime premiums are calculated by diving the weekly pay by the total number of hours, dividing that rate in half, and then multiplying it by the number of overtime hours.  In other words, although overtime has to be paid, the employer only need to pay a half time premium (not a time and a half premium) and the rate at which overtime is paid decreases the more hours that are worked.  While this approach permits the use of a salary for non-exempt employees and, in turn, reduces the amount of overtime premiums that need to be paid, it does involve several other nuances and technicalities that must be satisfied and that, in some instances, create other burdens on the employer.  Despite these limitations, many landscapers and other employers providing outside labor have adopted this process with success in order to smooth out the costs of employees and to ensure that employees receive steady pay.

While the Flexible Workweek Method requires employers to meet certain technical requirements, the benefits of adopting this approach to overtime may be substantial. 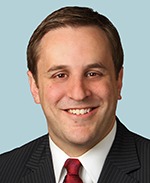