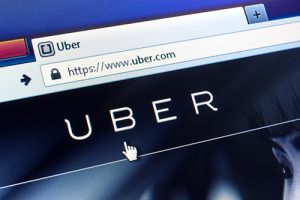 On June 3 2015, the California Labor Commissioner’s Officer determined that an Uber driver should be classified as an employee and not an independent contractor.  This is the kind of decision that Uber has fought vigorously and, if the decision becomes precedent, it will have serious repercussions for Uber and other economy sharing companies.

Uber, which according to its website now operates in over 57 countries, claims that its drivers are independent contractors and that it only serves to connect drivers to passengers through its smartphone app.  Until the recent California decision, Uber has succeeded in defeating similar claims, maintaining that it does not exert enough control over drivers to warrant employee classification.  The California Labor Commissioner’s Office disagreed, determining that because Uber “would not exist without its drivers” the drivers should be classified as employees.

This recent decision applies to only one driver, the woman who brought the claim and is non-binding.  Uber will certainly appeal but if the California courts agree with this decision, such precedence will have an enormous impact on Uber.  If Uber has to “employ” its drivers, it would be required to incur certain expenses that it currently avoids by classifying its drivers as independent contractors.  For example, employers in California are required to reimburse employees for expenses and Uber could potentially have to begin reimbursing California drivers for gas, tolls and other expenses.  Other Uber drivers will likely follow in bringing similar claims against Uber now that one driver has succeeded and Uber could also face expensive class-action suits.  While the decision only applies to one driver, the implications of this decision are broad and could have an enormous impact on the company.

There is much debate over Uber and whether its model is fair to drivers.  Proponents of Uber argue that drivers are afforded flexibility in their work schedules that they would not have as employees.  Others disagree, claiming that the model enables Uber to unfairly exploit its drivers for the enormous profit of the company.  Regardless of which side you agree with, the Uber debate and recent decision demonstrate the importance of properly classifying workers.  Independent contractor versus employee classification depends on a number of factors and it is essential that employers ensure that they are classifying (and thus paying) their workers correctly.  Companies who fail to do so may find themselves in a similar position as Uber but without the vast resources that Uber has to fight legal battles.