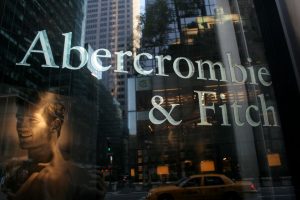 On June 1, 2015, the United States Supreme Court issued a decision in a case brought by the Equal Employment Opportunity Commission (“EEOC”) on behalf of Samantha Elauf.  Ms. Elauf, a practicing Muslim who wears a headscarf as required by her religious beliefs, applied for a position at one of Abercrombie & Fitch’s retail stores.  The interviewing supervisor gave Ms. Elauf a rating high enough to qualify for hire but, ultimately, Ms. Elauf’s application was rejected.  The interviewing supervisor was informed by her manager that Ms. Elauf’s headscarf would be a violation of the store’s dress code, which prohibited “caps.” The EEOC brought a claim against Abercrombie, claiming that the store’s refusal to hire Ms. Elauf violated Title VII, which prohibits religious discrimination.  Abercrombie argued that its refusal to hire Ms. Elauf was not a violation of Title VII because Abercrombie did not have “actual knowledge” that Ms. Elauf had a religious requirement that required her to wear a headscarf.  In other words, Abercrombie claimed that it could not have violated Title VII because Ms. Elauf did not inform the store that she needed a religious accommodation.  Abercrombie also argued that its “no-cap” dress code policy was a neutral policy and, as a result, it could not possibly constitute intentional discrimination. The Supreme Court determined that employers can violate Title VII even if they do not have knowledge of an applicant’s need for a religious requirement, stating “[a]n employer may not make an applicant’s religious practice, confirmed or otherwise, a factor in employment decisions.”   The Court also rejected Abercrombie’s argument that a neutral policy cannot constitute intentional discrimination because “Title VII does not demand mere neutrality with regard to religious practices… Rather, it gives [religious practices] favored treatment, affirmatively obligating employers not ‘to fail or refuse to hire or discharge any individual . . . because of such individual’s ‘religious observance and practice.’” As highlighted by this recent decision, employers need to be particularly cautious when making any employment decisions.  In some situations, it may be unlawful for employers to rely on neutral employment policies like dress codes and mandatory work schedules when making employment decisions.  A periodic review of hiring practices is essential to ensure compliance and avoid potential litigation.