June 16, 2015|Tom Pitegoff|Comments Off on What’s an Exclusive Territory? 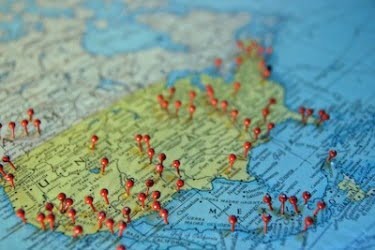 The extent of a franchisee’s territorial rights is the subject of Item 12 of the franchise disclosure document (FDD). One of the questions franchisors must address in Item 12 is whether the territory is exclusive.

If the territory is not exclusive, the Federal Trade Commission’s trade regulation rule on franchising (the FTC Rule) requires that Item 12 contain this statement:

You will not receive an exclusive territory. You may face competition from other franchisees, from outlets that we own, or from other channels of distribution or competitive brands that we control.

So what does “exclusive territory” mean?

Not surprisingly, an “exclusive territory” means a geographic area within which “the franchisor promises not to establish either a company-owned or franchised outlet selling the same or similar goods or services under the same or similar trademarks or service marks,” as stated in FAQ 25 of the FTC’s “frequently asked questions”.

So far so good. But the definition became complicated on October 16, 2012, when the FTC Staff issued FAQ 37, modifying the definition of an exclusive territory. FAQ 37 addresses the case in which the franchisor reserves the right to open franchised or company outlets in “non-traditional venues” like airports, arenas, hospitals, hotels, malls, military installations, national parks, schools, stadiums and theme parks.

In FAQ 37, the FTC staff states that the franchisor’s reservation of the right to open franchised or company outlets in non-traditional venues is not just an exception to the grant of territorial exclusivity. Instead, it renders the entire territory nonexclusive.

The FTC staff views non-traditional venues like airports, arenas, hospitals, hotels, malls, military installations, national parks, schools, stadiums and theme parks as something different than “alternative channels of distribution”. The distinction is based on the fact that non-traditional venues are physically located in the franchisee’s territory. The FTC staff distinguishes sales from a physical location from sales via the Internet or mail order that may originate from a location outside the territory. Accordingly, a franchisor that reserves the right to sell through “non-traditional venues” must state in Item 12 that it does not provide an exclusive territory and that the franchisee may face competition from the franchisor and other franchisees.

Donut holes do not compete
This interpretation of non-traditional venues does not reflect market realities.

Sales via the Internet or mail order can compete in fact with a store in any physical location.

By contrast, sales in non-traditional venues typically do not compete with stores outside of those locations, even those in close geographic proximity. These venues typically constitute a separate market.

An airport, hospital, hotel, military installation, park, school, stadium or theme park is distinct from the surrounding geographic area. The people in those venues are there for a reason. They are a captive market for the outlets in those venues.

People located in a non-traditional venue do not commonly leave the venue to shop or eat elsewhere while they are awaiting their scheduled flight or attending classes, or in the middle of a sports event or a visit to a theme park. They are in the venue for a specific reason. They are a captive market.

Similarly, a person who lives outside of an airport, hospital, school, stadium or a theme park does not enter that venue in order to shop or eat at a particular franchised store or restaurant.

Non-traditional venues are usually defined as such for the very reason that they do not compete with locations in the rest of the territory.

Counter-intuitive disclosure
The FTC Rule requires that franchisors who reserve rights in non-traditional venues state in Item 12 that the franchisee may face competition from the franchisor or other franchisees. The problem is that this statement may be untrue. The franchisor may not actually compete with the franchisee in the exclusive territory. They do not make the actual territory granted nonexclusive.

Unfortunately, the disclosure requirements regarding territorial exclusivity in Item 12 are far from intuitive. They do not advance the plain language goal of franchise disclosure regulation generally.

It’s probably too late, but it might have been better to define a non-traditional venue as one that constitutes a captive geographic market that does not compete with the market in the surrounding areas. This would have allowed franchisors to disclose that the territory granted is exclusive notwithstanding a reservation of rights in non-traditional venues.

On the positive side, the approach required by FAQ 37 is uniform, so that no franchisor will be at a disadvantage vis-à-vis its competition by disclosing that the territory is non-exclusive when it feels and functions as an exclusive territory. The competition must make the same disclosure.