Preparing to sell your business? Theodore “Ted” Offit, co-founder of Offit Kurman, offers advice you cannot afford to ignore. In this excerpt from his recent appearance at the Ravens locker room at M&T Bank Stadium, Ted explains how—when it comes to mergers and acquisitions—buyers and sellers use employee stock ownership plans (ESOPs) to reduce tax burdens and reinvest sales proceeds in the business. Learn what ESOPs provide, and why some choose the option as an exit strategy while others ignore it. “Preparing Your Business for Transition: The Playbook for Maximizing Your Liquidity” was held in the Baltimore Ravens locker room at M&T Bank Stadium on April 23rd, 2015. Click here to learn about the event. For more information about selling a business and other legal topics, visit www.offitkurman.com. To contact Ted Offit, email toffit@offitkurman.com, or call our Maple Lawn, MD office at 301.575.0304. 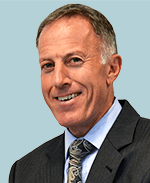