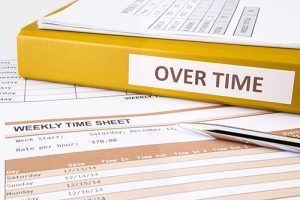 In a recent pair of decisions, the Court of Appeals for the Third Circuit (which circuit includes Delaware, New Jersey, and Pennsylvania) expounded upon the contours of an important exception to the overtime mandate relevant to the transportation industry. Specifically, the court held that bus drivers employed by transportation companies regulated under the Motor Carrier Act of 1935 (the “MCA”) as a consequence of operating interstate (rather than wholly intrastate) routes are not subject to the overtime requirements of the Fair Labor Standards Act (the “FLSA”)—even if those bus drivers rarely if ever drive interstate routes. [i] The Third Circuit also held in a case decided almost exactly two (2) months earlier that a driver of an armored vehicle with routes across several states was entitled to overtime pay under the FLSA, despite the fact that armored vehicle companies are also subject to the MCA.[ii] The distinction between the two cases, though highly technical, is both significant and nuanced. In Resch v. Krapf’s Coaches, Inc., a group of bus drivers filed a collective action under the FLSA against the bus company employer. The bus company maintained only four (4) interstate routes (out of a total of thirty-two (32) routes), and these interstate routes generated between 1 percent and 10 percent of the company’s total revenue during the relevant time period. Of the group of bus drivers filing suit, roughly half never crossed state lines in the performance of their duties. Nonetheless, because the bus company maintained interstate routes, it was undisputedly subject to the MCA and, as a result, under the jurisdiction of the Department of Transportation and the regulations promulgated by the Secretary. The significance of the foregoing is that, although the FLSA generally requires that employers pay employees overtime compensation at one-and-a-half times the regular rate for weekly hours over forty (40), there is an express exemption for employees “with respect to whom the Secretary of Transportation has power to establish qualifications and maximum hours of service.”[iii] Nonetheless, the bus drivers argued that, since many of them did not operate interstate routes, and since interstate service was only a small portion of the bus company’s business, the exemption should not apply. The court, however, was more concerned with the fact that the bus drivers were, by virtue of being employed by a company subject to the MCA, required by their employer to adhere to federal motor carrier regulations. The bus company’s handbook also advised drivers that they were required to adhere to federal regulations. Moreover, per the bus company’s policies, bus drivers were trained to operate interstate routes and could potentially be called upon to operate such a route at any time. Concomitantly, the court held that even those bus drivers who never traveled interstate “could reasonably be expected to drive interstate routes as part of their duties” and were therefore exempt from overtime pay. In McMaster v. Eastern Armored Services, Inc., the plaintiff was a driver for an armored truck company; she was also required to occasionally act as a “guard” on the armored trucks while a colleague did the driving. Significantly, armored trucks, which generally contain few passenger seats, are on occasion less than 10,000 pounds. Indeed, the driver spent roughly 49 percent of her days on vehicles lighter than 10,000 pounds, whereas she spent the balance of her time on vehicles heavier than 10,000 pounds. The importance of the vehicle’s weight relates to the fact that in 2008, Congress enacted the SAFETEA-LU Technical Corrections Act (the “Corrections Act”).[iv] Section 306(a) of the Corrections Act amended 29 U.S.C. § 207 such that an employee of an employer subject to the MCA whose work “in whole or in part” involves the operation of a vehicle which weighs less than 10,000 pounds and is designed to transport less than eight (8) passengers (including the driver) is entitled to overtime compensation. As such, even though the majority of the driver’s activities involved vehicles weighing more than 10,000 pounds, the court held that, under the Corrections Act, she was entitled to overtime pay. Those who own and operate transportation businesses should, as a result of these recent decisions, be cognizant of the fact that their own policies and procedures can have a significant effect on the requirement to pay their employees overtime. For example, as was the case in Resch, requiring bus driver employees who may never operate an interstate route to abide by the same policies, rules, and regulations as those who regularly operate interstate routes may have a dispositive effect on the requirement to pay overtime. Likewise, as in McMaster, if an employer restricts certain truck drivers to operating vehicles which weigh less than 10,000 pounds and other drivers to operating vehicles which weigh more than 10,000 pounds, the employer may argue that there exist two separate sets of rules with respect to overtime compensation. However, in light of the Resch case, it may be that merely training and making its employees available to operate a vehicle which weighs in excess of 10,000 pounds would result in the employer’s duty to pay overtime compensation. Given the complexity of these rules, it is recommended that, when drafting and implementing compensation policies, employers retain and seek the advice of competent counsel. The attorneys in Offit Kurman’s labor and employment practice group are well versed in those issues affecting employee compensation in the transportation and automotive sectors, and would welcome the opportunity to speak with you in further detail about your business.