Keeping abreast of the looming changes in legislation, policy, technology, and even culture enables attorneys to proactively anticipate their clients’ legal battles and help their clients mitigate risks. With that in mind, here are five major issues to consider that may impact business and property owners in the near future. Now may be a good time to consult with an attorney to discuss ways to protect your assets and avoid legal battles in these areas of law: 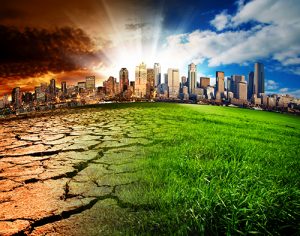 Water scarcity, coupled with the impact of hurricanes, blizzards, typhoons and other extreme weather, has prompted a host of legal uncertainties related to real estate, land use, and insurance. Federally protected resources and regulated water use limits could place burdens on already embattled developers. Meanwhile, claims and lawsuits regarding personal injury and property damage caused by natural forces—as well as controversial human innovations like fracking—are expected to increase as well. Offit Kurman insurance recovery and litigation attorneys Michael Conley and Meghan Finnerty wrote a detailed article about fracking-related liability, including a few useful tips related to other kinds of uninsured exposure. Read it here.

From corporations like Sony and Target to federal agencies such as the NSA, valuable data is increasingly vulnerable to exposure. But while these dramatic stories make national headlines, a larger, costlier threat continues to grow in our backyards. In an article I co-wrote with Edward Tolchin, we looked at one weak link in the system—smaller, regional energy and utility companies: An attack on an energy or utility company could potentially leave millions without power or clean water. And we are not just referring to the giant corporations such as Exelon, PG&E, and First Energy, which have armies of attorneys telling them to comply with cyber standards. The weak link is smaller, regional providers. … These organizations are frequently unaware of legal cyber requirements, and worse, often do not have the capability or monetary resources to comply. Failure to implement adequate cybersecurity protections will not only lead to injury or loss of life, but a veritable flood of litigation brought by victims and their families. Fortunately, there are several steps companies can take to stop the worst-case scenarios from occurring. Click here for our full article.

According to the U.S. Census, four out of five citizens now live in urban areas, and the UN projects that 66 percent of people worldwide will live in cities by 2050. Both domestically and abroad, pressure is mounting to make the most of limited spaces, spurring fierce competition for developers and tenants alike. Zoning laws and city planning agencies will complicate matters, as will social media’s role in spreading information about proposed development projects to a concerned public. So while the value of real estate is poised to increase, the options owners and developers have for what they actually do with their property may substantially shrink. For a helpful guide on the basics of land use, make sure to read William Erskine’s article on zoning laws for new building owners, partially adapted from Joseph Beller’s 2011 article on the same topic.

Retirement and Death of Baby Boomers

Baby boomers comprise about 76 million (or one-quarter) of the U.S. population. These individuals, born in the period of increased birth rate following the end of World War II, are affluent, powerful members of politics, government, and private enterprise. Their decisions and behaviors influence public policy, as well as corporate decision-making, at nearly all of the world’s leading companies. So what happens when they retire? Or pass away? The answer is a vast transfer of power and wealth, along with the myriad legal disputes that follow. Expect a torrent of legal action brought by family members, heirs, and business associates as older parents and executives hand over their assets to the next generations. In anticipation of the inevitable, it is important to prepare a will and estate plan. And while most people know the importance of doing so, most neglect to resolve what will happen to their online profiles upon their death. Offit Kurman IP practice chair Jonathan Wachs recently pointed out that we are leaving bigger and bigger digital footprints behind after we die, and few people have taken advantage of the policies that exist to preserve their legacies. Read his article on Facebook’s digital inheritance policy here.

Though several states, as well as the District of Columbia, have decriminalized marijuana, federal law still classifies the substance as a Schedule I drug, meaning its use and possession remains illegal beyond the state level. If current trends are any indication, however, that may soon change. Polls indicate that a majority of Americans support legalization of cannabis for medical and recreational purposes. New federal policies, and even more detailed state laws, could significantly alter landlords’ rights to restrict marijuana use on their properties. Complicating matters further, additional legislation decriminalizing marijuana could cause an even greater strain on energy resources, as The Washington Post uncovered earlier this year. Until the debate reaches its conclusion, property owners should consider revising their leases to include language prohibiting all tenants from using marijuana on the rental property, regardless of whether the tenant is lawfully certified by the state to use medical marijuana. For an overview of current legislation and considerations for landlords, see my January article about medical marijuana accommodation requests under the FHA, available here and my article about the legalization of marijuana in the District of Columbia here.