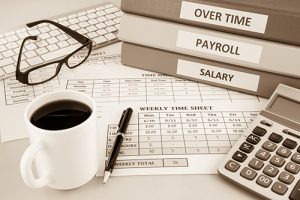 In March 2014, President Obama directed the Department of Labor (DOL) to amend the so-called “white collar exemption” overtime regulations. Under these regulations employees who fit into one of the common such exemptions – executive, administrative, or professional – may work more than 40 hours in a work week without receiving overtime pay. The President explicitly declared at that time that the regulations needed to be amended in order to make more employees eligible for overtime, irrespective of whether they had been exempted in the past. After the passage of many months, on May 5, 2015, DOL Secretary Perez publicly announced that the DOL had submitted draft changes to the existing Fair Labor Standards Act White Collar regulations to the White House’s Office of Management and Budget. As Secretary Perez publicly stated reflecting an obvious political push for dramatic wage/hour change, “The rules governing who is eligible for overtime have eroded over the years. As a result, millions of salaried workers have been left without the guarantee of time and a half pay for the extra hours they spend on the job and away from their families.” Currently under existing FLSA so-called White Collar exemption regulations, employees classified as “exempt” because of their administrative, executive or professional jobs must satisfy certain “duties” tests and be paid on a “salary basis” at least $455 per week, or $23,6650 annually. This very low threshold salary level was last set in 2004. Now, 11 years later we still operate under this antiquated salary level test. While no one knows for sure what the recommended salary threshold will be under the new recommended amended regulations, estimates have ranged from annual salaries in the mid 40’s to the mid 60’s after implementation. It goes without saying that a doubling, or more, of the so-called salary exemption test will inevitably lead to thousands, if not millions of employees eligible for overtime who previously met the very low salary threshold last established in 2004. Logically, making more employees eligible for overtime will have dramatic increases on a company’s regular payroll budget. Moreover, in addition to changes in the salary test recommended to be implemented, it is widely speculated that the new regulations will amend the “duties” test to make it more stringent for employees to be safely classified as exempt employees under the White Collar exemptions. What does all this mean for the proactive employer? At a minimum it means that despite the fact that amended regulations may not be implemented for months to come, all employers would be wise to carefully conduct effective wage/hour audits in the near future. Such audits would focus on assessing whether currently exempt employees might not meet a revised salary test (because their salaries are below an annualized level of at least $40-45 thousand), or a revised “duties” test under much more restrictive DOL regulations. Wage hour audits can frequently be done in a manner with outside counsel that will, because of the nature of privileged attorney-client communications, protect the company from an outsider obtaining access to such audits and their disclosures. If you are interested in implementing an effective internal wage/hour audit and you would like assistance on how to conduct such audit feel free to contact the attorneys in our Labor/Employment department.

Howard K. Kurman,is a founding principal of Offit Kurman, P.A. and is a member of the firm’s Labor & Employment Department. He regularly counsels clients on all aspects of proactive employment/labor issues. He represents employers ranging in size from as small as 20 employees to those employers with geographically disparate locations with thousands of employees. Mr. Kurman assures, through regular contact with his clients, that they promulgate and maintain the most effective employment policies that will, to the extent possible, minimize their legal exposure in today’s litigious workplace.  To learn more about Mr. Kurman’s complimentary telebrief program click here.