Why Locate Your Business in New York?

May 19, 2015|Tom Pitegoff|Comments Off on Why Locate Your Business in New York? 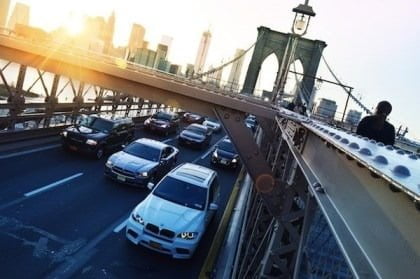 The New York franchise law is just one example, as discussed in an earlier blog post. This post is about the laws that make the largest owners of a New York closely held corporation personally liable for employee wages. I wrote on this subject in an article published in last week’s Crain’s New York Business. These laws affect decisions that any New York business must make, not just franchisors and franchisees.

Section 630 of the New York Business Corporation Law (BCL) provides that the ten largest shareholders of a closely-held New York corporation “shall jointly and severally be personally liable for all debts, wages or salaries due and owing to any of its laborers, servants or employees other than contractors, for services performed by them for such corporation.”

BCL Section 630 is one of the reasons even New York attorneys commonly recommend to their clients to incorporate in Delaware rather than New York.

If Section 630 is amended to apply to foreign corporations, it will drive away businesses that have the option to establish their offices and locate employees in another state, where the shareholders are not exposed to personal liability. It would likely discourage out-of-state corporations from doing business in New York at all.

Moreover, neither BCL Section 630 nor the proposed amendment distinguishes among the ten largest shareholders based on culpability. The ten largest shareholders are liable without regard to whether they are active or passive owners, or whether they caused or were even aware of events that resulted in non-payment of laborers, servants or employees.

New York’s preference for personal liability of the largest shareholders is deeply rooted in history, going back to a time in the 19th century when employees had far less protection than they do today. This is explained in a fascinating 1962 Fordham Law Review article.

I serve as a member of the Executive Committee of the New York State Bar Association’s Business Law Section and as the chair of the Section’s Legislative Affairs Committee. As such, I can report that at its meeting of May 15, 2015, the Executive Committee decided to oppose extending BCL Section 630 to foreign corporations and, in fact, to propose a total repeal of Section 630.

At that meeting, the Executive Committee also decided to propose repeal of a related law that New York quietly enacted at the end of 2014 and came as a great shock to New York business lawyers, who had no prior warning. The governor signed into law December 29, 2014, legislation that amended the New York Labor Law to increase penalties for employers’ failure to comply with certain provisions of the Wage Theft Prevention Act. The shock is that this legislation also amended Section 609 of the New York Limited Liability Company Law to make the ten members of a LLC with the largest percentage ownership interest personally liable for employee wages and salaries. (See Section 11 of A08106.) Chapter 537 of 2014 effected this change by adding subdivisions (c) and (d) to Section 609. The Executive Committee now proposes the repeal of subdivisions (c) and (d) of Section 609.

I will report here on any developments in these legislative proposals.