The ten to twenty-five minute on-air interviews are really informal POSITIVE conversations. Guests may be asked about their background education, influences, mentors and early career experiences, asked about their business, what they do and who they serve. They may be asked about opportunities ahead, challenges they have faced or their senior management team. Interests outside of work, personal turning points and family sacrifices capture the unique human aspect behind these prominent leaders. All of these questions are designed to help our audience learn “what it takes to succeed.” Click here to listen to the webcast of Bill Millward’s Executive Leaders Radio interview. 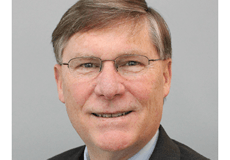 In 2002 Bill Millward founded Addx Corporation to provide customer-focused professional solutions supporting national security and economic prosperity-related initiatives. Since its inception, the company has grown significantly as a result of the team and its unwavering focus on quality customer delivery. Mr. Millward founded Addx Corporation in 2002 as a one-man operation. Over the first few years, Addx Corporation continued to expand into different service offerings and customer sets. With the support of his trusted leadership team, Addx was awarded numerous contract vehicles, certifications, and company clearances, enabling the company to position itself as a leading competitor in the industry. His success has led to numerous awards, including a SmartCEO GOVStar award, three years as one of Inc. Magazine’s 500 Fastest Growing Private Companies in America, and three years as one of Washington Technology’s Fast 50. The Federal government continually recognizes Addx Corporation for its superior performance.

Before founding Addx Corporation, Mr. Millward was an officer in the U.S. Navy, culminating in warship command at sea. While in the Navy, he served in many capacities, including nuclear engineer, operations researcher, and numerous at-sea assignments. Following the Navy, he joined Arthur Andersen, LLP, leading their Knowledge Management Government Services practice. In that capacity, he improved their business process speed by applying technology to improve enhanced knowledge management and knowledge sharing. He also contributed to several of their government knowledge projects. A graduate of the U.S. Naval Academy, Mr. Millward holds master’s degrees in National Security and Strategic Studies and Electrical Engineering.