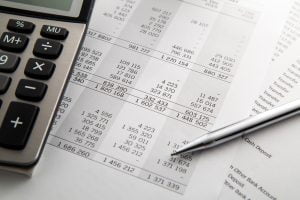 In PLR 201511026, parents formed the organization for providing financial assistance for, and all payments were made to their son with a medical ailment. In PLR 201505039, the organization, which was named for an individual suffering from medical conditions, conducted all fundraising for the benefit of that individual and distributed over one-half of the gross receipts to pay for her medical expenses. In PLR 201502017, fundraising was limited to educational assistance for descendants of an individual in whose memory the organization was formed, and all funds were used to support the educational fund of the son of that individual. In denying tax exempt status in each ruling, the IRS determined, among other things, that the sole activity of each respective entity was making payments to a pre-selected, specifically named individual. Therefore, each entity served the private interests of the beneficiary rather than public interests.

These rulings confirm existing law that a substantial portion of the activities of a tax-exempt organization may not consist of operating for the benefit of private parties, which meant the organization had a substantial non-exempt purpose in violation of the Section 501(c)(3) requirements described below. However, this series of IRS guidance continues the trend of omitting the precise definition of the term “substantial” private benefit.

Summary Description of Current Law on Substantial Private Benefit. As a general rule, public charities, a subset of organizations that are exempt under Section 501(c)(3) and contributions to which are deductible, must, among other requirements, meet the following two rules. First, these charities must be organized and operated for charitable purposes. Second, no part of the net earnings of such organizations may inure to the benefit of any private shareholder or individual.

In Revenue Ruling 67-367, 1967-2 C.B. 188, the IRS ruled further that a nonprofit organization whose sole activity was the operation of a “scholarship” plan for making payments to pre-selected, specifically named individuals did not qualify for exemption under Section 501(c)(3). More recently, in PLR 201338052 (June 28, 2013), the IRS said, “the method of soliciting funds for specific individuals, although not named, serves the private interests of individuals. When a charitable program works for the private benefit of an individual, the organization may not qualify for recognition of exemption.”

The IRS never has stated explicitly the minimum threshold, exceeding which necessarily would result in conferring a more than insubstantial private benefit. However, in several private letter rulings, the IRS concluded that certain payments violated the Section 501(c)(3) prohibition on private benefit, which precluded the organization from qualifying for exemption. These rulings are useful only as guidance on the position of the IRS on this issue and may not be cited as precedent by a taxpayer.

IRS Rulings on Substantial Private Benefit as a Percentage of Funds. In PLR 201334043 (May 31, 2013), the IRS ruled that payments amounting to 25 percent of potential future contributions to the organization to assist a specific individual constituted substantial private benefit. In PLR 201217021 (Feb. 2, 2012), the IRS determined that payments of 20 percent of total current funds of the organization for medical care of two pre-determined individuals constituted prohibited private benefit.

Points from IRS Rulings on Calculating Substantial Private Benefit. Collectively, the above three rulings raise two important points for not-for-profit organizations. The first point is that, the IRS has evaluated the substantiality of a non-exempt purpose at least in part by calculating the percentage of revenues or total funds of the organization spent on the particular activity or individual. The second point is that, the IRS has not said that allocations of fewer than 16 percent of revenue of an organization would not result in failure of the operational test under Section 501(c)(3).

Action Items for Grant-Making, Tax-Exempt Charities to Avoid Private Benefit. This status quo calls for caution on the part of tax-exempt charities to avoid making grants to individual applicants without, among other things, engaging in the process of selecting beneficiaries based on certain established criteria or guidelines and documenting the charitable uses of the distributed funds. Even if an amount distributed for a non-exempt purpose constituted a minimal portion of the total revenues of the organization, there is no guarantee the charity would be able to maintain its tax exemption under Section 501(c)(3).