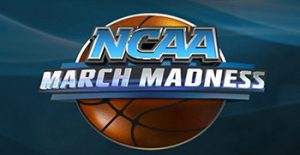 March Madness is the annual sporting event that captivates the nation and sends people scurrying to TVs and electronic devices. For over three weeks, more than 130 teams will compete for the national championships in two tournaments. The question is: how many people will be watching the games at work? An annual report estimates that productivity lost to the distractions of March Madness could cost the collective American workplace nearly $2 billion this year. This estimate uses “a variety of extrapolations to arrive at a figure of 77.7 million workers expected to spend at least one hour on March Madness who will each cost employers $24.78 in wages”. A recent survey of 500 IT professionals found that one-third of office IT departments are preparing to block, ban, or slow down streamed March Madness content. Source: Zana Benefit ; The Atlantic Got an interesting Fast Fact for a business audience? Please send and share it with our 1,653 subscribers. Click here to subscribe to Read|Delete and receive fast facts delivered weekly.