Executive Leaders Radio conducts “elite interviews” of prominent CEOs, CFOs, and Presidents focusing on “what makes them tick.” The ten to twenty-five minute on-air interviews are really informal POSITIVE conversations. Guests may be asked about their background education, influences, mentors and early career experiences, asked about their business, what they do and who they serve. They may be asked about opportunities ahead, challenges they have faced or their senior management team. Interests outside of work, personal turning points and family sacrifices capture the unique human aspect behind these prominent leaders. All of these questions are designed to help our audience learn “what it takes to succeed.” Click here to listen to the webcast of Len Forkas’s Executive Leaders Radio interview. 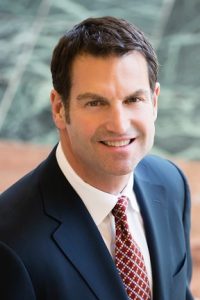 As founder of Milestone Communications, Len has 13 years of experience in the wireless tower industry.  He serves on the President’s Advisory Council for the Wireless Infrastructure Association and has 25 years of experience as an entrepreneur in commercial real estate. Prior to forming Milestone Communications, Len created Milestone Communities Inc. in 1996, a Washington DC-based real estate development company.  The company developed residential and commercial real estate projects in the US and Canada totaling over $200 million. Earlier, Len held senior management positions at Bank of America, Weyerhaeuser Real Estate Company and Oxford Development Corporation. Len served on the Boards of the YMCA of Metro Washington and the Urban Land Institute (“ULI”).  He served as the Urban Land Institute’s Washington DC District Council Chair from 2002-2005, and Chaired for 52 District Councils throughout the US from 2007-2009. He is the recipient of both the Fairfax & Montgomery County Public School’s Partner of the Year Award. Len is also very active in a charity he founded in 2003 called Hopecam, Inc, Hopecam is a nonprofit that uses technology to connect young cancer patients with their friends at school. Ten years later in 2013, Len’s fight against childhood cancer rose to a new level. He qualified as a solo competitor in Race Across America, a 3,000-mile bicycle race that traverses scorching deserts and 11,000-foot mountain elevations. As Len fought to finish the race is just 12 days, an all-volunteer crew supported him around the clock. What Spins the Wheel is a true story about fatherhood and fortitude, business grit and growth – and the power of combining the right mission with the right team to help others. Len received an MBA in finance from The American University and a BA from the College of Architecture at Ball State University. You can connect with Offit Kurman via Facebook, Twitter, Google+, YouTube, and LinkedIn.