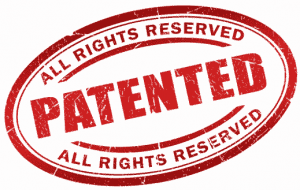 For companies, innovation is often the key means of staying competitive in the marketplace. Patents enable companies to protect innovative ideas and maintain an edge over competitors. Since patents are assets to companies, they have weight and should be enforced. The first means of enforcement is to assert rights when the company has identified unauthorized use of their intellectual property. In my December 2014 article on patent demand letters, I explored considerations from the recipient’s end. Now, I’ll discuss the patent owner’s perspective: when is sending a cease and desist letter a good idea? Are there alternatives? What are the associated risks?

Once the United States Patent and Trademark Office (USPTO) grants a patent to an invention, the owner is responsible for enforcing rights associated with the patent. This is no minor or inexpensive task. Patent disputes, while harrowing for alleged infringers, can be equally daunting for patent holders. If you misidentify an infringer or lose a case, you risk invalidating your patent and losing your investment. Before taking action against an alleged infringer, consider the risks through a cost-benefit analysis. Weigh the value of the intellectual property at stake against:

If you believe someone has infringed on your patent, it may be possible to resolve the matter without legal intervention. Common alternative negotiation tactics involve notice letters and licenses. A notice letter differs from a demand or cease-and-desist-letter in that notifies the recipient of the alleged infringement (actual notice) but does not threaten legal action (actual controversy). Without notice, an infringer can claim that it was not aware the technology or product in question was protected by a patent. A notice letter strips the other party of this ability while simultaneously expressing your intention to negotiate in good faith. Some patent holders choose to go one step further and offer the recipient the option to pay for a license to use the intellectual property. A license is the “win-win” option in situations where the third party was genuinely unaware it was infringing on a patent, and can afford the licensing fee.

Consult with a Lawyer

If you believe a rival or third party has infringed upon your patent, make sure to speak with a legal professional before initiating communication. An attorney can help you decide which course of action best meets your objectives and reduces your legal risk. Learn more about Offit Kurman’s Intellectual Property (IP) group here. To get in touch with an attorney, click here.