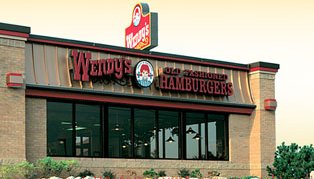 As a franchise lawyer, I have yet to see a franchise agreement that does not set forth the franchisor’s right to make changes to its system through the operations manual, or through other means. But while such a right can result in major and expensive system-wide changes at any given time, I have never seen a franchisee turn down a franchise opportunity because the franchisor reserved such rights. Most prospective franchisees are not concerned with the possibility of a system-wide overhaul. After all, there is safety in numbers, right? Franchisors will not run the risk of inciting, or even losing, a significant part of their franchise systems by requiring expensive changes, will they? On December 22, 2014, Wendy’s International, LLC (“Wendy’s”) reminded franchisees everywhere that safety in numbers is a myth, when it filed a lawsuit against DavCo Restaurants, LLC (“DavCo”), a mega-franchisee operating 152 Wendy’s restaurants in Virginia, Maryland and Washington, D.C. The suit was filed because DavCo allegedly refused to refurbish a number of its restaurants or purchase a new common point of sale computer platform, as required by Wendy’s. The lawsuit relies upon several provisions of the Wendy’s franchise agreement. One provision gives Wendy’s the right to change its system by amending the operations manual or by simply notifying the franchise in writing of the required changes. Other provisions state that Wendy’s can require its franchisees to make any changes Wendy’s sees fit, including installing new equipment and refurbishing restaurants. While the unchecked right of franchisors to make sweeping changes may seem unfair, provisions like these can be found in most franchise agreements. So what can franchisees do to protect themselves from major system-wide changes? The answer is not much. Many franchisors will not negotiate these provisions. For those that do, though, franchisees should insist that the franchisor agree to caps on any renovation expenditures and/or a limit on the timing for complying with expensive changes. Franchisees should also insist that franchisors agree not to require more than one major renovation within an agreed period of time. Negotiated changes such as these give franchisors the right to change their systems while simultaneously affording some protections and predictability to franchisees. The Wendy’s suit is a good reminder as to what franchisors can do to change their systems. However, while the lawsuit represents a mighty show of force against a mega-franchisee, it also highlights, albeit more subtly, the fine line franchisors walk between flexing their muscles, and preventing a significant reduction in the number of its franchised units. Specifically, while the lawsuit alleges that DavCo breached its franchise agreements by refusing to make the required changes, it also reveals that Wendy’s has not terminated DavCo as a franchisee. The lawsuit only seeks a determination by the Court as to whether or not DavCo is required under its franchise agreements to make the requested changes. While Wendy’s fired the first shot, it is apparently not ready to completely sever its ties with DavCo. As of the writing of this article, DavCo’s responsive pleadings have not been filed. It will be interesting to see how DavCo defends itself. If Wendy’s prevails, DavCo will be faced with a difficult choice. It can make the required renovations, or it can call Wendy’s bluff and risk termination. However, if the court rules in DavCo’s favor, the Wendy’s franchise system (and others like it) could be faced with some major obstacles, and the inability to maintain uniformity in its system. If you have any questions regarding the content of this article, or any other franchise law matter, please contact Brian Loffredo at 301.575.0345 or by e-mail at bloffredo@offitkurman.com

Brian is a commercial litigator with more than fifteen years of experience representing clients in the franchise industry. Brian routinely assists clients during the licensing and franchise/FDD review process, as well as with the resolution of franchise-related disputes, including those involving terminations, territorial disputes, fraud, disclosure/relationship law violations and breaches of contract.