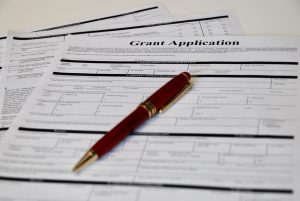 On September 19, 2014, the Internal Revenue Service (the “IRS”) released Private Letter Ruling 201438032 (I.R.S. Priv. Ltr. Rul. 2014-38-032 (June 24, 2014)) (the “Ruling”).  In this item of administrative guidance, the IRS held that donors could deduct contributions to a domestic public charity, which it later transferred to its wholly owned foreign subsidiary.  The IRS also held that the foreign-bound donations did not jeopardize the tax-exempt status of the parent charity under Section 501(c)(3) of the Internal Revenue Code of 1986, as amended (“Code”).  In general, taxpayers may not rely on IRS rulings in judicial controversies, but the Ruling is an important indicator of the views of the IRS on deductibility of foreign-bound grants.

In July 2012, the IRS issued Notice 2012-52, 2012-35 I.R.B. 318 (the “Notice”) which would allow a donor to make a tax-deductible contribution directly to a domestic single-member limited liability company wholly owned and controlled by a U.S. charity.  But the Notice was silent on whether an individual could deduct a contribution made directly to such a subsidiary if it were located overseas.

The Notice appeared to suggest that a subsidiary established under the laws of both a U.S. jurisdiction and the foreign locale could accept tax-deductible contributions.  Thus, organizations could allow donors to contribute directly to their single-member LLC subsidiaries located abroad, even if the subsidiary also were chartered under the laws of a U.S. state.  However, in the Ruling, the IRS examined a situation where a donor would make a contribution to a domestic charity, which then would transfer the funds to its foreign subsidiary without a legal presence in a U.S. jurisdiction.

The Ruling appears to be a first in at least a decade to confirm deductibility of contributions to a U.S. charity that sent funds to a foreign organization.  In general, the test for deductibility is that the domestic organization has to (i) exercise control and discretion over the use of the funds transferred to the foreign charity so as to ensure that the funds were expended in furtherance of the purposes of the domestic organization and (ii) abide by the prohibition on “earmarking”, or designation of the funds by the donor for a particular charitable purpose, project or grantee.

In the instance where a foreign entity was a subsidiary and merely an administrative arm of the domestic charity, which controlled every facet of its operations, an earlier IRS ruling permitted deductibility of contributions to the domestic organization without following the above-mentioned procedures.  But the earlier IRS ruling was modified by the subsequent ruling setting forth the required procedures discussed in part above.  These procedures were followed by an organization that transferred contributed property to its foreign subsidiary, and the deductibility of contributions to which were confirmed in later IRS guidance.

In light of this Ruling, charities that conduct operations with a global reach are advised to review their foreign grant-making procedures and corporate organizational documents to ensure conformity with IRS requirements for deducting contributions that subsequently are transferred abroad.