The ten to twenty-five minute on-air interviews are really informal POSITIVE conversations. Guests may be asked about their background education, influences, mentors and early career experiences, asked about their business, what they do and who they serve. They may be asked about opportunities ahead, challenges they have faced or their senior management team. Interests outside of work, personal turning points and family sacrifices capture the unique human aspect behind these prominent leaders.

All of these questions are designed to help our audience learn “what it takes to succeed.” 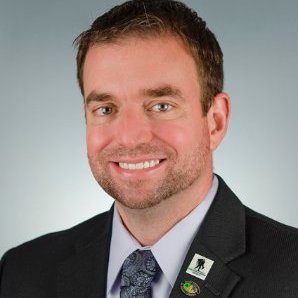 Jared is President and CEO of Intelligent Waves a Veteran-Owned Small Business providing high-end Information Technology services in support of DOD War-Time missions throughout Southwest Asia. Jared leads all business development and organizational activities. Jared is also Director of Warriors Ethos a Not For Profit helping wounded veterans get back into the workforce. Jared’s natural ability to lead and build teams was first discovered while an Infantryman and Signaler as a Non-Commissioned Officer in the U.S. Army, with assignments at Ft. Benning, Georgia; Ft. Lewis, Washington; Ft. Hood, Texas; and Camp Hovey (ROK), South Korea. Shortly after his departure from the U.S. Army, Jared founded Intelligent Waves in 2006 and has led the company from the front, spending nearly three years serving in Iraq and Afghanistan in support of the Joint Improvised Explosive Device Defeat Organization (JIEDDO) – Counter Improvised Explosive Devices (IED) Operations Integration-Intelligence Center (COIC). Jared’s other passions include supporting and giving back to Wounde