November 4, 2014|Tom Pitegoff|Comments Off on The Largest Global Franchise Brands Are U.S. Restaurants

Franchising fared respectably in a recent rating of the most valuable worldwide brands across all industries.  McDonald’s was rated among the ten most valuable worldwide brands in Interbrand’s 15th annual Best Global Brands report.  While the report was top-heavy with technology companies, headed by Apple and Google, franchise brands held their own.  And these top franchise brands are all U.S. restaurants.  In addition to McDonald’s, KFC, Starbucks and Pizza Hut were among the 100 most valuable global brands.  Here are the ratings of these companies and Interbrand’s valuations:

While all of these are U.S. companies, the Interbrand list includes companies based anywhere in the world.  Large non-U.S. brands on the list include Samsung (South Korea), Toyota (Japan), BMW (Germany) and others.

McDonald’s was also number 1 on this year’s Franchise Times Top 200 franchise company list, a position it has held every year since these rankings began in 2000.  The Franchise Times ranking is based on worldwide system sales, with McDonald’s sales exceeding $89 billion.  McDonald’s, of Oak Brook, Illinois, was also named as the second most expensed food and beverage brand in the third quarter 2014 report by Certify, a company that provides expense management software. 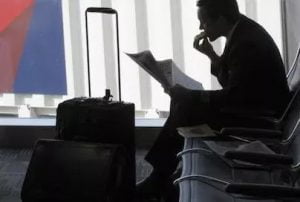 But while business travelers were buying their lunches and dinners at McDonald’s, they bought breakfasts at Starbucks.  Starbucks, of Seattle, Washington, was number 1 in the Certify report of expensed food and beverage brands.  It was also the only franchise company on the broader Interbrand list to make a major move, up 22% since last year.  Starbucks does not appear on the Franchise Times Top 200 list.  Apparently shy about being thought of as a franchise company, Starbucks probably did not submit its numbers to Franchise Times.  Starbucks does only exemption-based franchising in the U.S., although it franchises openly abroad.

Rounding out the top five on the Franchise Times list after McDonald’s, 7-Eleven and KFC were Subway and Burger King, with global sales of $18.800 and $16.301 billion respectively.  Subway’s headquarters is located in Milford, Connecticut.  7-Eleven’s parent company is based in Tokyo, Japan.  Burger King is majority-owned by 3G Capital of Brazil.

It will be interesting to see how the numbers change in 2015.