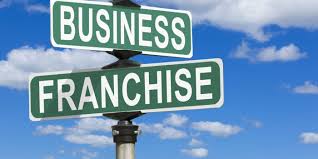 Picking out the perfect franchise opportunity takes time and effort, and can be exhausting to even the most experienced entrepreneur.  While obtaining legal advice early in the process is advisable, the reality is that most franchisees do not retain an attorney until they have made up their minds to move forward with a particular franchise. As a result, most franchisees expect their attorney to protect their interests with an eye toward facilitating the transaction, not killing it.

A franchise attorney is best suited to handle these competing interests.  He understands that you are psychologically committed to a concept, that you have met with the franchisor, and that you have interviewed existing franchisees.  He understands that you have reviewed your financial situation, drafted a business plan, and determined that the franchise is within your means. He expects that you may have already begun the process of obtaining outside financing, and may have already started picking out potential locations for your store.  He recognizes that you may have already scheduled training at the franchisor’s headquarters and have even made travel arrangements.  An experienced franchise attorney recognizes your goals, and has a strong desire to make sure the deal gets done, not crushed.

Against this backdrop, an experienced franchise attorney can provide value to you in many ways, including:

Considering that franchise agreements are the roadmap to a relationship that will last typically ten years or more, it is important to recruit competent franchise counsel for your business team.  An experienced franchise attorney knows how to protect your interests, while facilitating your goals at the same time.

If you have any questions regarding the content of this article, or any other franchise matter, please contact Brian Loffredo at:

Brian is a commercial litigator with more than fourteen years of experience representing clients in the franchise industry. Brian routinely assists clients during the licensing and franchise/FDD review process, as well as with the resolution of franchise-related disputes, including those involving terminations, territorial disputes, fraud, disclosure/relationship law violations and breaches of contract.