The Downtown Frederick Hotel Advisory Committee has recommended to the Mayor and Board of Aldermen of Frederick City its selection of Offit Kurman client Plamondon Hospitality Partners (PHP) to develop a full-service Marriott hotel and conference center in the heart of historic downtown. Valued at over $60 million, the project is on track to generate over a hundred jobs as well as millions in tax revenue and travel and tourism activity.

The hotel and conference center is planned to occupy the site of the former Frederick News-Post building on E. Patrick Street. Incorporating the landmark Frederick Railroad Building, the project aims to offer retail opportunities and amenities such as dining and conference space along Carroll Street, while preserving an architectural legacy steeped in Colonial America and the Civil War.

Click here to read this press release in it’s entirety.

If you have any questions regarding this press release please contact David Severn at: 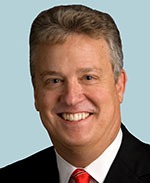 240-772-5114 | dsevern@offitkurman.com David A. Severn has been practicing law in Frederick MD, since 1980 and focuses his practice on land use, development and real estate. He represents clients in all aspects of the zoning and land use process appearing regularly before planning commissions, boards of appeal and legislative bodies of Frederick County, Washington County and their municipalities. He has served as lead counsel in numerous large and complex development projects including “Carroll Creek Park” a mixed use, public-private partnership re-development project in historic downtown Frederick modeled on River Walk in San Antonio, “Frederick Crossing”, the first large mixed use commercial retail/employment center in Frederick County and the redevelopment of the Frederick Towne Mall. David also works for the public sector in serving as legal counsel to the Town of Walkersville, the City of Brunswick, Frederick County and Washington County Public Schools for real estate and land use matters.